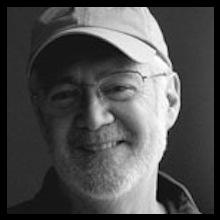 His work has appeared in magazines, literary journals, and newspapers such as Chicago Tribune, Kansas City Star, Civilization, Poetry, The Georgia Review, The Southern Review, and Ploughshares.

His novel, Lucky Man, Lucky Woman, received the 1998 Pushcart Editors’ Book Award, the Barnes and Noble Discovery of Great New Writers Award, and the 1999 Independent Book Publishers Award for Fiction. His newest short story collection, The Goat Fish And The Lover's Knot, was published in 2017. Twenty Stories, a selection of his stories from over the years, will be published by Pushcart in late 2022.