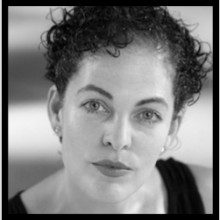 From Jamaica, and born to a Jamaican father and Venezuelan mother, Shara McCallum is the author of six books of poetry published in the US and UK, most recently No Ruined Stone (2021). La historia es un cuarto, an anthology of her poems translated into Spanish by Adalber Salas Hernández, was published in Mexico in 2021. McCallum’s poems have been translated into several other languages and her poems and essays have appeared throughout the US, Caribbean, Latin America, Europe, and Asia. Her writing has been awarded various prizes, including the OCM Bocas Prize for Caribbean Poetry, a Silver Musgrave Medal from the Jamaican government, a Witter Bynner Fellowship from the US Library of Congress, and a National Endowment for the Arts Poetry Fellowship. McCallum is an Edwin Erle Sparks Professor at Penn State University and was appointed the 2021-22 Penn State Laureate.

Thoughts on Workshop: Each workshop is a unique community we form, as practitioners with various subjectivities, brought together through our shared investment in the art and craft of poetry. To reflect this, in our discussions of poems I discourage consensus, unless this happens organically. Instead, I encourage the voicing of a multiplicity of—sometimes contradictory—readings and responses. Central to my idea of workshop is the belief that poems aren’t broken. We aren’t there to “fix” a poem or “torture a confession out of it.” When invited by a poet into their process, I think we serve and honor both the poet and the poem by reading closely, with a keen focus on identifying the poem’s effect and resonances as well as its aspirations and possibilities.