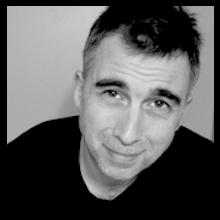 Steve Amick has published two novels with Pantheon: Nothing But a Smile and The Lake, the River & the Other Lake, which was a BookSense Pick, a Washington Post Book of the Year, and was cited in the Encyclopedia Britannica’s Britannica Book of the Year as one of three “standout” debuts of 2005. Both received the Michigan Notable Book Award. Venues for his shorter work include McSweeney’s, Zoetrope: All-Story, Playboy, Story, The Southern Review, The Cincinnati Review, Michigan Quarterly Review, The New York Times, NPR's "The Sound of Writing," and numerous anthologies. He has been involved with the Ann Arbor Moth, both as a storyteller and occasional host. He has had plays produced in Chicago and —somewhat inexplicably— won a Clio for work in advertising. He received an MFA in fiction from George Mason University in 1991 and lives in Ann Arbor. Visit his website.