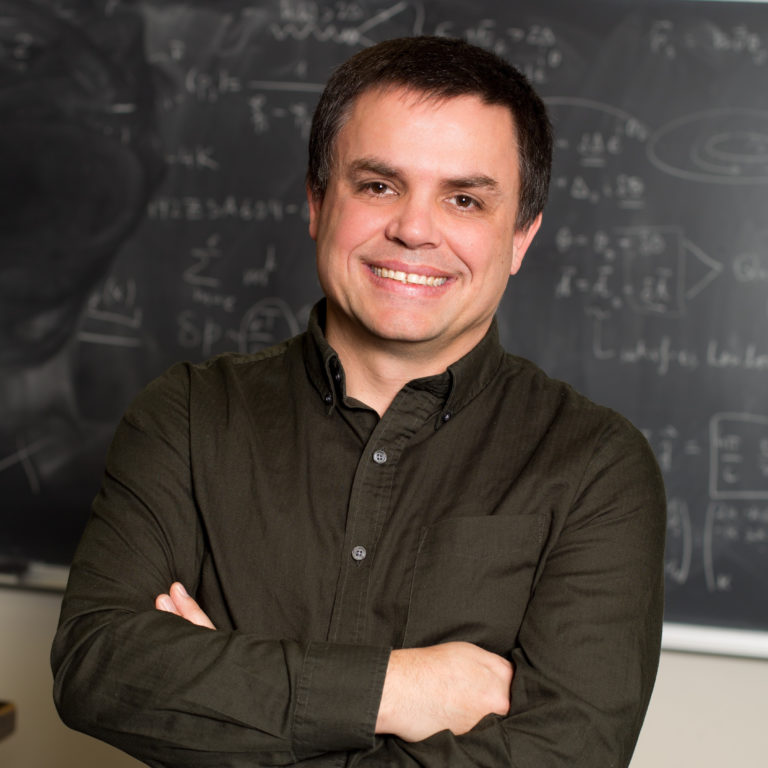 Human relevance in the seemingly infinite Universe in which we live is the topic of 2019 Benjamin and Elaine Whiteley Distinguished Lecture at Pacific University.

Dr. Shane Larson, research associate professor of physics at Northwestern University, will present "Feeling Small in a Big Cosmos" at 7 p.m., Thursday, Feb. 28 in McGill Auditorium on the university's Forest Grove Campus (2043 College Way). Originally scheduled for Feb. 27, Larson's talk has been rescheduled after the university closed because of inclement weather.

His lecture will be preceded by a Physics Colloquium he will also give earlier in the day. A Storm of Stars: The Life of the Milky Way will take place at 4:30 p.m. in Strain 121. Admission to both events is free.

Staring out into the universe has the power to simultaneously make one feel small but empowered, Larson says. "The overwhelming sense of our smallness is at great odds with the realization that we are capable of unraveling and exposing the deepest mysteries of the Cosmos," he says. "The ability to understand the Cosmos and humanity's place in it can make us feel big."

Larson will examine how newfound knowledge has continually forced society to abandon cherished ideas about the Universe. "Whereas there was a time when we believed Earth and humanity were the center of all things, we now collectively realize that we are just one small part of the greater Cosmos," he says.

In addition to his faculty appointment at Northwestern, Larson also serves as associate director of the university's Center for Interdisciplinary Exploration and Research in Astrophysics. He works in the field of gravitational wave astrophysics, specializing in studies of compact stars, binaries and the galaxy. He also works in gravitational wave astronomy with both the ground-based Laser Interferometer Gravitational-Wave Observatory project (LIGO) and the Laser Interferometer Space Antenna project (LISA).

A native of Eastern Oregon, Larson holds a PhD in theoretical physics from Montana State University, and is a former postdoctoral scholar at NASA's Jet Propulsion Laboratory, Caltech and at Penn State's Center for Gravitational Wave Physics. He is a fellow of the American Physical Society and an avid amateur astronomer, having built two telescopes at his home for viewing the sky. Dr. Larson is also a regular contributor to writescience.wordpress.com public science blog, and tweets under the handle @sciencejedi.

Pacific University's Benjamin and Elaine Whiteley Distinguished Lecture is an annual offering of the College of Arts & Sciences funded through an Oregon Community Foundation grant. Philanthropic support of Pacific University is paving the way to expanded opportunity and innovation for students through the Lead On: Campaign for Tomorrow.

This year’s Whiteley lecture is presented by the college’s School of Natural Sciences.

A longtime Portland business, civic and philanthropic leader who ran The Standard insurance company and several other companies throughout his career, Benjamin Whiteley, Hon. '01, was a Pacific University Trustee Emeritus who passed away two years ago at the age of 87.