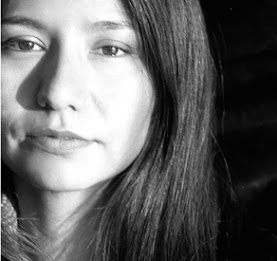 The public is invited to Pacific University on Thursday, Feb. 28 for a provocative talk by writer and activist Jacqueline Keeler, who will give the university's 2019 Cheron Mayhall In Your Face Lecture.

Keeler will present “How Native American Sports Mascots Disappear Native People” at 7 p.m. in the Marsh Hall Taylor Auditorium (2043 College Way, room 216) on the university’s Forest Grove Campus. Admission is free, but seating is limited and early arrival is encouraged.

Keeler is of Navajo/Yankton Dakota Sioux ancestry and co-founder of Eradicating Offensive Native Mascotry, a movement to end the use of racial groups as mascots, as well as other stereotypical representations in popular culture and cultural appropriation.

Native American sports mascots marginalize the populations they represent, Keeler and other critics contend. The Cleveland Indians baseball club's "Chief Wahoo" mascot, for example, depicts a smiling caricature of a Native American. After appearing on the team's team hats, uniforms and fan apparel for more than 70 years, the team finally agreed to retire the mascot in 2018.

Mascots like these, Keeler wrote in a 2014 piece for Salon.com, "confer others to act out dated stereotypes about (Native Americans) and ignore our real issues -- even our humanity." Fans at games and elsewhere regularly wear Redface makeup, misuse Native regalia, partake in fake war chants and make gestures, including a tomahawk chop, when rooting for the teams the mascots represent.

Keeler was born in Cleveland, Ohio rather than her native tribal land as a child of U.S. relocation and termination policies implemented in the 1950s and '60s. The policies were intended to disband Native American tribes, and Cleveland was one of several relocation centers across the country set up by the Bureau of Indian Affairs.

“The purported goal of these Congressional laws and resolutions was to “liberate Indians” from the wardship of the U.S. government,” she wrote. “But what they did, in fact, was eliminate tribes’ federally recognized status, sovereignty, and force the sell-off of tribal assets and land. These policies also led to the loss of a generation of young people to urban centers — many of whom, like my parents, never returned home.”

Keeler is the author The Edge of Morning: Native Voices Speak for the Bears Ears. She is a regular contributor to The Nation, Yes! Magazine, TruthOut, High Country News, and many other publications. A forthcoming book, Standing Rock to the Bundy Standoff: Occupation, Native Sovereignty, and the Fight for Sacred Landscapes, will be released later this year.

The lecture is named for late Pacific alumna Cheron Mayhall ’64, a tireless champion of community service and social justice. Her family's support of Pacific and its Lead On campaign is helping expand inspiration, opportunity and innovation for Pacific's future. Additional support for the lecture is provided by Pacific’s Undergraduate Student Senate and Elise Elliott Fund.