Is the Age of Mankind Over? Pacific University Theatre Explores Humanity¹s Relationship With Technology and Robotics 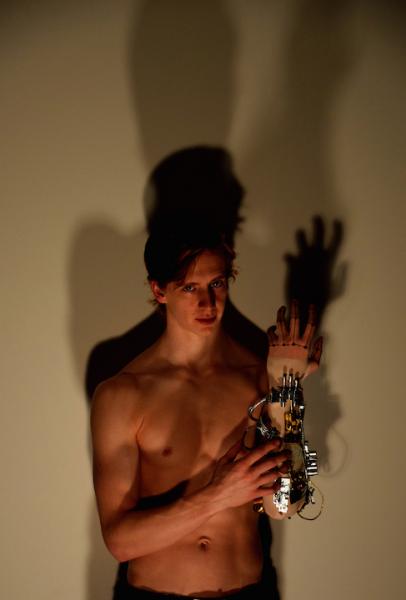 In the Tom Miles Theatre at Pacific University this spring, student actors will mount a production of R.U.R. (Rossum’s Universal Robots) by Karel Capek, translated by Claudia Novack, and directed by senior Alec Lugo.

Pacific University Theatre's spring offering runs Thursday, March 10 through Sunday, March 13 in the Tom Miles Theatre (Warner Hall) on the university's Forest Grove Campus. Shows begin at 7:30 p.m. Thursday through Saturday, and a 2 p.m. Sunday matinee concludes the run. Tickets range from $5 to $8 and may be purchased in advance online or by calling the Pacific University Box Office at 503-352-2918.

Known for introducing the word “robot” into our lexicon, Capek’s speculative drama, now considered a modern classic, explores the ethics of humanity’s relationship to technology.

R.U.R. brings us into the world of Rossum’s Universal Robots, a futuristic factory that produces robotic workers en masse. But these are not the robots we are used to. Closer to our modern definition of cyborgs, R.U.R.’s robots are synthetic biological entities. Harry Domin, General Manager of R.U.R., and his colleagues are confronted by Helena Glory, a representative of the League of Humanity and daughter of President Glory, with the question of what truly distinguishes the robots from humans. While trying to find the answer, the characters must also deal with the life-altering ramifications of their actions. Will humanity as we know it survive?

Drawn to explore technology artistically, Lugo chose R.U.R. for his senior capstone. “Unlike other plays that look back on the past to tell lessons and educate, [Capek] does those things, but at the same time makes a prediction… What’s so scary is that he was right,” says Lugo. Under his direction, it won’t be just those playing the robots who are asked to question their relationship to the technology we rely on every day. Speaking about what he wants the audience to take away from the performance, he says, “I want them to question and really see the morals that define why we [push for progress].”

Incorporating innovative makeup techniques and sleek, modern design, Costume Designer Melissa Heller will transform much of the cast into robots, bringing them into a futuristic world created by Tal Sanders' scenic and lighting designs.