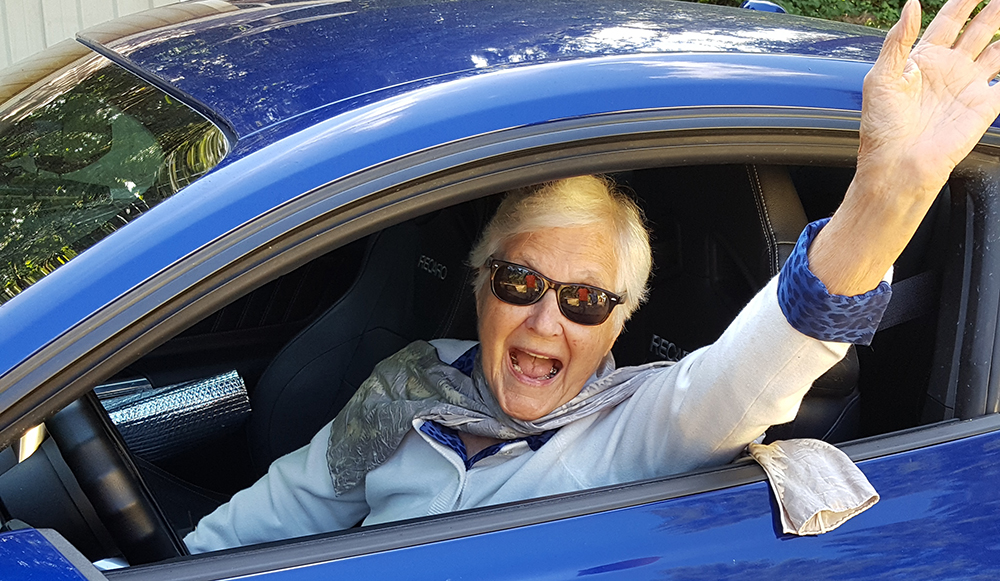 Wilma Percifield ’43 looks forward to Homecoming, even if nobody else from her class will be there.

“I’m alive and kicking,” she declared by phone from her home in Ridgefield, Wash. She will be the most long-tenured alumnus on campus, visiting on the 75th anniversary of her class’s graduation.

Percifield, now 96, started at Pacific in 1939. She’s only been back to the Forest Grove Campus a few times. She and her sister planned another visit, only to get into such a lively conversation they overshot their exit.

When Percifield, then Wilma Schildhauer, started at Pacific, the United States hadn’t yet been attacked at Pearl Harbor, but over her time on campus, she said students were “very conscious of the war going on in Europe.”

She played basketball when she was a student, though it was a strange version, involving a divided full court with forwards playing at one end and guards the other. The Pacific team played games against Reed College and Marylhurst and “was real happy to beat them,” she said.

She fondly remembers the campus trees shedding colorful leaves each autumn. And she said her favorite activity was participating in choir on the third floor of Marsh Hall, even though she sometimes arrived at 7 a.m. practices out of breath after bolting from her residence three blocks away.

Because of her marriage and family moves, Percifield left Pacific during her senior year, returning to complete and accept her degree in 1947. After graduation, she taught physical education and was a guidance teacher at schools in Southwest Washington.

At Homecoming this year, she looks forward to seeing the new Tran Library. When she was a student, she worked in the campus library, earning 35 cents an hour.

She’s attending with two daughters and a granddaughter.