Once upon a time, there were no squirrels at Pacific University.

Today, the park-like campus in Forest Grove is home to dozens of western gray squirrels who make their homes in the towering oak trees and evergreens.

They collect seeds and nuts in the grass lawns, pilfer from garbage cans and picnic tables, and have even been known to eat form the hands of some especially bold human fans. (Please, don’t feed the squirrels; they do bite!)

But back in 1970, when Brian Douglass '72 transferred to Pacific from Portland Community College to compete on the speech team, there wasn’t a fuzzy gray rodent to be found.

And that, he said, was not OK.

Of course, the land around Pacific had once been home to all sorts of wildlife. But, Douglass claims, farmers — especially nut growers — in the region had driven out the squirrels. 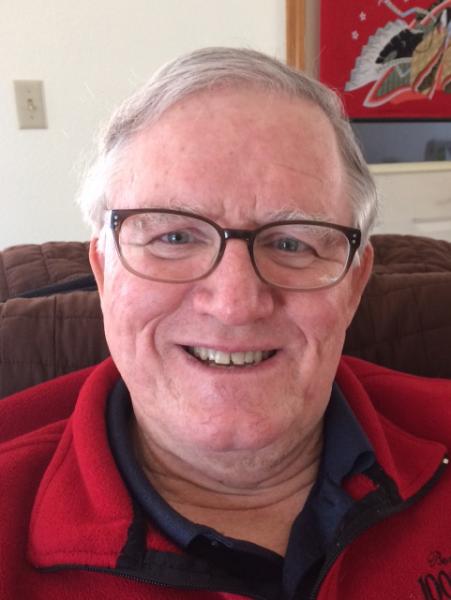 Douglass was a speech communications major who would go on to pursue a career in specialty food marketing and as a community organizer. Today, he spends much of his time with his wife, Cathy, in their Bend, Ore., organization ADA Inc., devoted to ensuring implementation of the Americans with Disabilities Act.

But even as student, he was one to take action. Appointed by student government, Douglass became the student ombudsman in his second year at Pacific. He took it upon himself to fix the “ambiance” problem.

Oberlin College already was famous for its albino squirrels, and Douglass thought Pacific could go the same route.

Douglass contacted biology professor Dr. Albert Mazejko, who in turn got in touch with the Oregon Department of Fish & Wildlife and the Oregon State University extension office. Mazejko was given live traps and took a handful of students — The Squirrel Team — into the orchards to start collecting squirrels.

“They’d call me up and say, ‘We’ve got one.’ The team brought it over, we’d pick an oak tree, put the trap down, and up to the top of the oak tree went the squirrel," Douglass said.

“It only took a month or six weeks.”

In all, the students reintroduced six squirrels to the campus, and though they never knew the genders of the animals, the species reproduced — prolifically — to create the large population living in Forest Grove today.

Douglass, who returned to campus in Fall 2016, was thrilled to learn that the Squirrels of Pacific had been turned into small social media phenomenon, and he enjoyed asking students about their own Pacific squirrel memories.

“They laugh, but they tell me a story,” he said.

Douglass wants to hear more stories — and would love to put together a coffee table book about the Squirrels of Pacific. Submit your photos and memories of Pacific’s friendly squirrels in the form below!