Appreciating the Conjunction of Saturn and Jupiter with Professor Todd Duncan

Jupiter and Saturn, the two largest planets in our solar system, will be in conjunction — as viewed from Earth — on Dec. 21, the Winter Solstice. It’s a remarkably rare astronomical event, and Pacific University physics professor Todd Duncan, who has a PhD in astronomy and astrophysics, explains why. 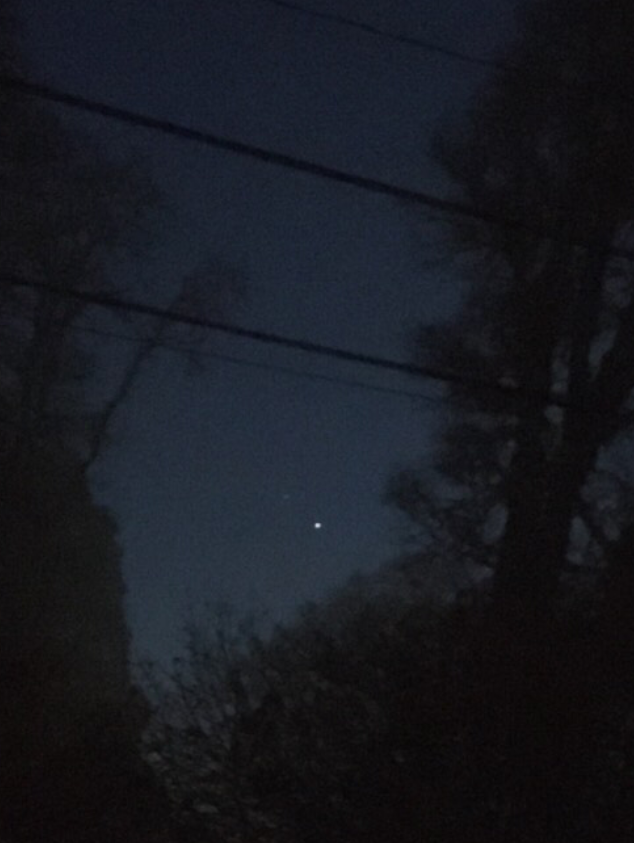 Question: What makes this so rare?

Todd Duncan: It requires many things to line up just right. Saturn takes about 29 years to go once around the Sun, Jupiter takes about 12 years, and Earth of course takes one year. A conjunction happens when Jupiter “laps” Saturn in its orbit around the Sun, from our point of view, if you think of the planets like runners going around a track in different lanes and at different speeds. That happens about once every 20 years.

But there’s also a third dimension. They’re not all orbiting in exactly the same plane. It’s like they’re on different tracks slightly tilted relative to each other. So at the time of conjunction, Jupiter and Saturn can be a few degrees above or below each other from our point of view. The rarity is that this time they’re very, very close in the up-down direction, less than half a degree. (A NASA site described it as about the “thickness of a dime at arm’s length” apart.)

On Dec. 21, 2020, they will be the closest they’ve been in the sky since 1623. Where the Sun is relative to everything else also matters for whether the event happens at a time of night when most people can see it, and when Jupiter and Saturn look bright to us. Apparently the last time they were this close AND visible to most people on Earth was 1226! Interestingly they will be this close again in 2080.

Duncan: If we get clear skies over the next couple of weeks, look low on the southwest horizon about an hour after sunset (dark enough to see Jupiter and Saturn but early enough that they haven’t set in the southwest yet) to see them. If you watch on multiple nights you’ll see the two planets getting closer and closer together from night to night until the 21st when they are closest and might look like a single bright star to the naked eye.

Above is a photo I took (just with my phone camera) last Wednesday, Dec 9 at about 5:30 p.m. here in Forest Grove, to give you an idea of what you’ll see. Jupiter is the bright “star” and Saturn is the fainter one to the upper left of Jupiter.

It’s also definitely worth looking with binoculars or small telescope. Another cool thing about the conjunction (really hoping for clear skies the night of the 21st!) is that the planets will be so close they’ll be in the same field of view for a telescope. So I’m hoping to get a photo where you can see Jupiter’s cloud bands and moons, and Saturn’s rings, all in the same image.

Q: What do you think ancient astronomers thought was happening during previous conjunctions?

Duncan: I imagine something like this must have been extremely significant to them. I’m thinking particularly of the Babylonians in Mesopotamia approximately 2,000-3,000 years ago who kept very detailed records of events in the sky because they believed these were omens providing signals from the gods about what to do on Earth. Thankfully they kept their records on clay tablets written in cuneiform so we can still read some of them. I remember reading somewhere that they kept continuous records of events in the night sky for over 600 years. I was very impressed by that, thinking of what it indicates about how important the sky must have been to their culture.

Q: Have you ever talked to your classes about the Star of Bethlehem as an astronomical event? Whether it happened, what it might have been?

Duncan: It hasn’t fit in to the physics classes I’ve taught here. But yes, in general observational astronomy classes. I remember a planetarium show on the star of Bethlehem. It does seem likely that it would have a special planetary alignment something like what’s happening this year. Or at least that some actual event like that is what morphed into the modern version of the story. Along the lines of how winter solstice celebrations became Christmas, etc.

Q: Can you do something to keep the clouds away?

Duncan: Haha I was hoping you would take care of that part :-)