Arthur “Art” Reynolds ’63 was inducted into the National Wrestling Hall of Fame. Reynolds was honored for his lifetime service to the sport, and presented with a plaque and jacket at an Oregon chapter banquet held Oct. 23, 2021, in Tigard. 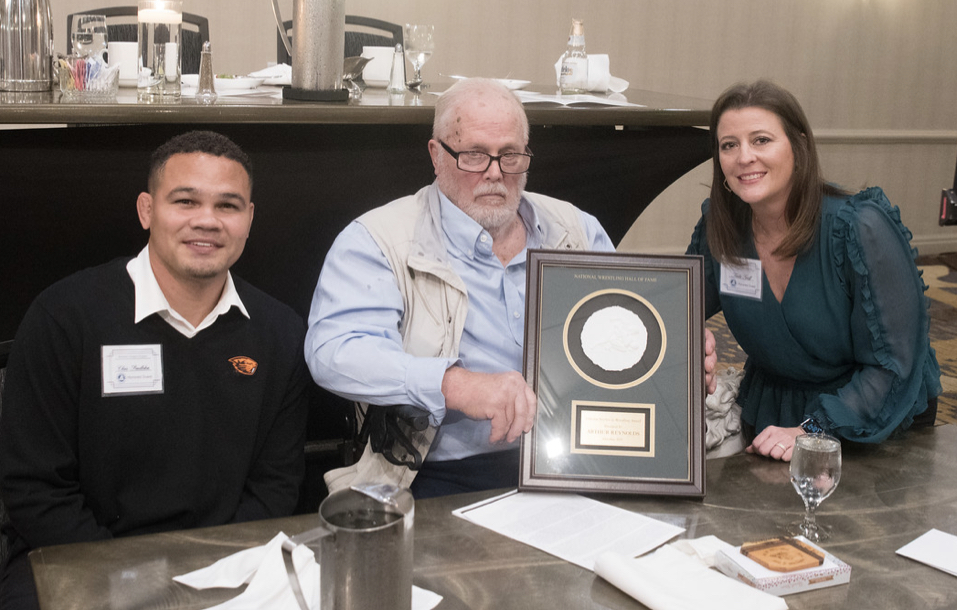 Reynolds began wrestling at Hillsboro High School in 1955 and then also wrestled at Pacific University. That led to 22 years as a coach and more than 30 years as an official through USA Wrestling and the Oregon Wrestling Association. Over the years, he also served as the Northwest Junior Collegiate Wrestling Association president and treasurer, coached wrestling clubs in Forest Grove, Glencoe and Hillsboro, and officiated national wrestling tournaments as an M1 official throughout the western region. Reynolds is a retired commercial fisherman and lives with his wife, Gerry (Peschka) Reynolds ’63, in North Plains, Ore.