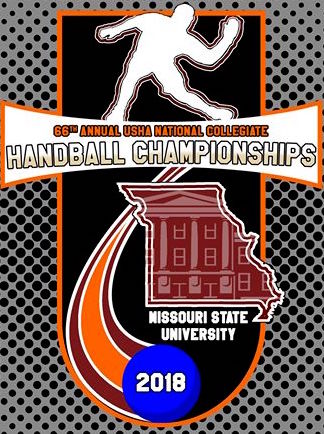 The Pacific University Handball Team continued its legacy as one of the greatest programs in the history of the sport following a successful showing at the 66th annual United States Handball Association National Collegiate Championships held Feb. 21-25 at Missouri State University in Springfield, Mo.

Led by Karissa Komo '18, the Boxer women tallied 2,109 points to capture the team national championship. Komo became the most decorated women’s handballer in Pacific history after capturing the A division doubles team national championship with Tessa DeBartolo '21. Komo and DeBartolo defeated a team from Minnesota State University, Mankato two sets to none (21-1, 21-4). Komo finished 11th in the women’s singles open division, the highest showing in the David Steinberg coaching era.

Julie Huestis '20 and Michelle Brown '18 made the finals of the B1 and B2 singles divisions, respectively. Huestis was one of two tournament participants to receive a USHA John C. Sabo Sr. Scholarship during an awards banquet, the third Boxer to be so honored.

The Boxer men finished the tournament with 24-6 win-loss record and tallied 1,852 points, led by Corey Hedger '18 and Brandon Howes '18, who each posted 5-1 records, and Corey Mason, who went 4-1. Howes and Mason reached the semifinal rounds of their respective divisions.

Additionally, Geoff Kastel '18 and Chase Bodor '18 reached the final of the B doubles division before falling to a team from Utah State.

For more information on the illustrious history of Boxer Handball, visit goboxers.com.