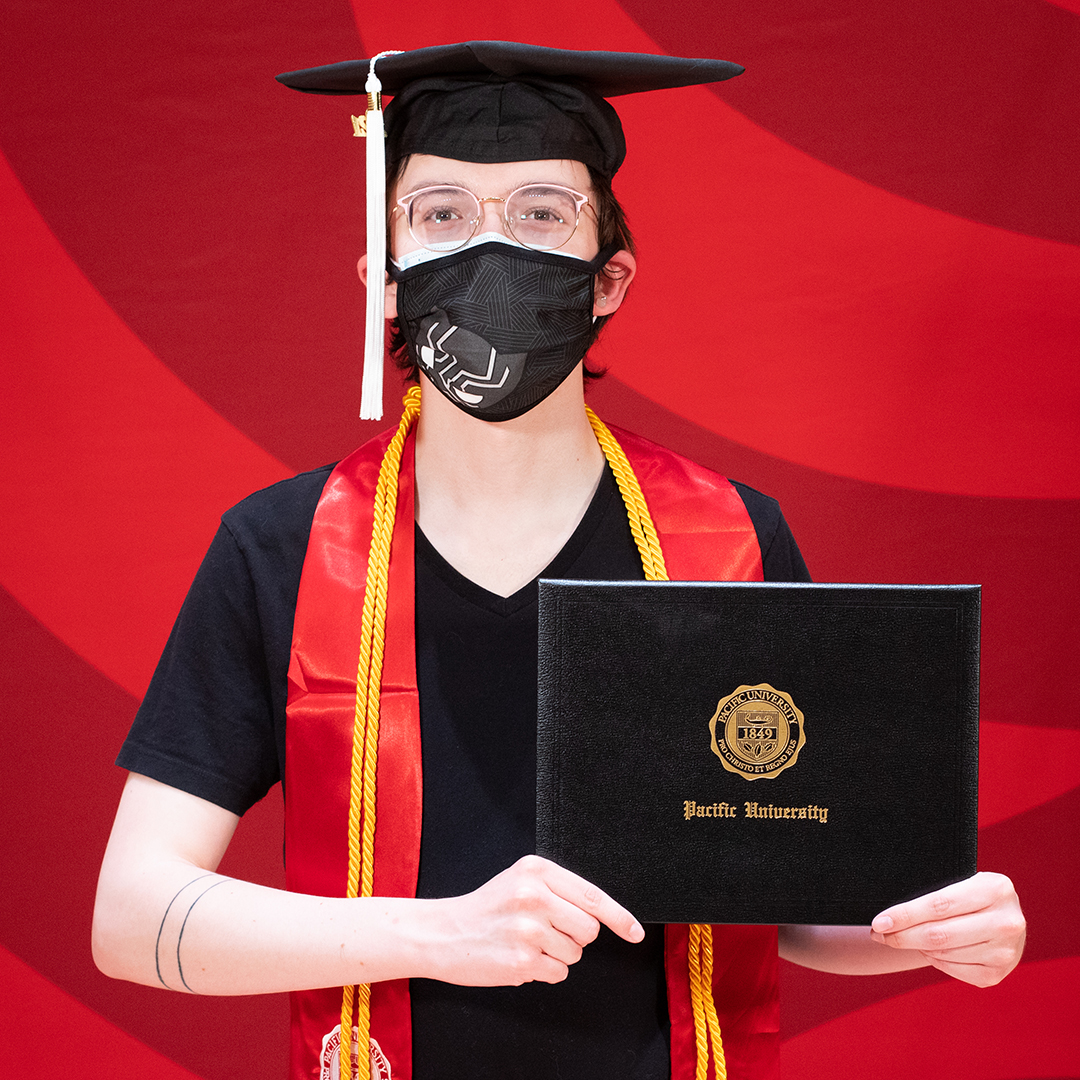 Bren Swogger ’21 was named a Pacific University Outstanding Senior in Media Arts. They also were honored with the William Wright Harts III Memorial Award. They are from Oregon City, Ore., and graduated in May 2021 after studying media arts and journalism.

Swogger was editor-in-chief of the Pacific Index, Pacific’s student newspaper. They also created Indie/Altmagazine and contributed to Vortex Music Magazine.

“Bren is a terrific co-editor-in-chef of the student newspaper, the Pacific Index,” their professor wrote in the nomination for the Harts award. “They have led their 15-person news team through coverage of the Oregon wildfires, the pandemic, and the Black Lives Matter protests. They have worked tirelessly each edition coaching new writers how to report the news.

“Bren's capstone project is a full music media website, with coverage and interviews of Portland musicians. They are a gentle, deeply intelligent soul who really cares about others and is an incredibly talented leader who rises to the top in every situation.”