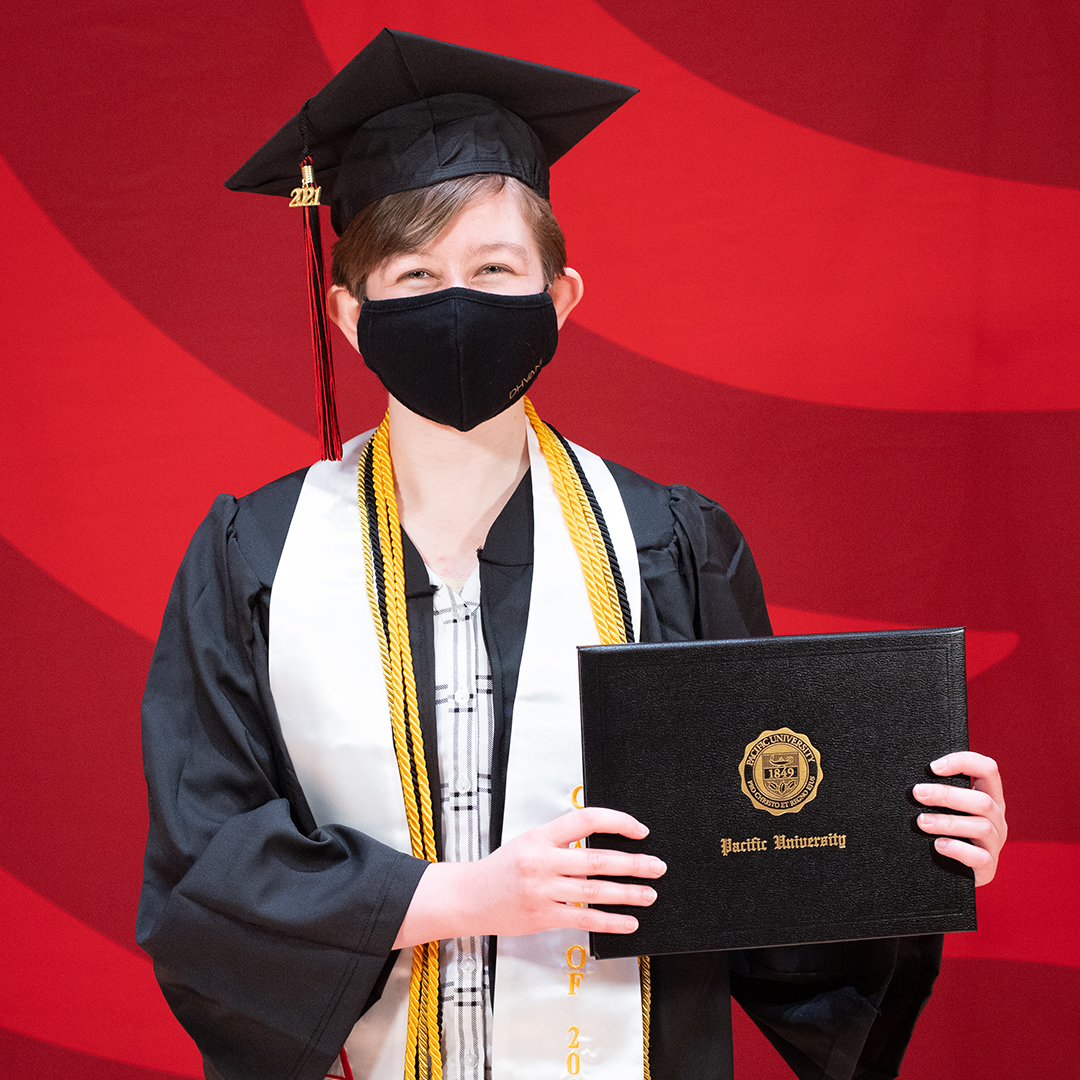 Cal McCarthy ’21 was honored by Pacific University for Most Significant Contribution to the Center for Gender Equity (CGE) and with the Mary Fehrs Award in Gender and Sexuality Studies. They also were named Outstanding Senior in Editing/Publishing.

McCarthy, who is from San Jose, Calif., graduated in May 2021 with a bachelor’s degree in literature.

McCarthy was a project coordinator at the CGE. “My gender identity is a huge part of my daily existence, so I'm passionate about helping other people to feel accepted and informed, as well as educating myself about issues that others face," McCarthy said on the center’s webpage.

Award nominators said McCarthy has “dedicated so much of their time and energy to keep CGE running in a difficult year.  They were always the first to volunteer and did so much amazing work to ensure the success of CGE programming. Cal has amazing resilience and is a natural leader.”

The nomination added that McCarthy “made their mark on the broader community from day one.”

McCarthy won first place in the PLUM magazine writing contest for their essay, Humor Me on This: The Impact of Comedy in a University Setting. They also worked as a design editor for Silk Road Review and as an assistant editor for PLUM: Pacific’s Literature by Undergraduates Magazine, as well being the LGBTQ+ coordinator for the CGE.

“The centrality of humor and gender in Cal’s work reflects their own affirmative and infectious sense of humor and their outgoing and warmhearted spirit,” nominators wrote.