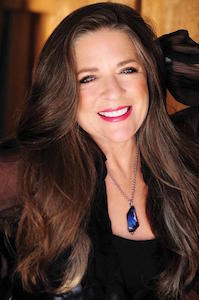 Singer songwriter Carlene Carter will share her decades-long journey from country music royalty to present day on Saturday, Oct. 1 in the first installment of Pacific University's 2016-2017 Performing Arts Series, presented by Tuality Healthcare and sponsored by R.B. Hornberger Co.
The daughter of June Carter Cash and Carl Smith, stepdaughter of Johnny Cash, and granddaughter of "Mother" Maybelle Carter, Carlene Carter came into her own in the late-1970s through a unique mix of folk, pop and country. She has collaborated and performed with rock legend John Mellencamp over the past two-plus years, and is set to release an album with him in the spring (Sad Clowns and Hillbillies).
From the McCready Hall stage on Saturday night, Carter will treat country and rock music enthusiasts alike to her unique solo material as well as that from the Carter Family catalog through her latest album, Carter Girl (2014).
Along the way, she’ll provide insight into what it was like growing up on the road with her mother and stepfather, as well as her emergence as a bonafide solo star in the late-1970s, to her collaboration with Mellencamp, which included a July 2015 tour stop in Portland. “Sad Clowns and Hillbillies is a wonderful conglomeration of his songs and my songs,” Carter says. “Some are duets and some are by themselves - it’s different, but really kind of the way John and I roll. We are very like-minded and on musical ground that really feels right. It’s been quite a wonderful ride.”
Carter also looks forward to sharing what she calls her autobiographical ride. “There will be Carter Family stories and my own personal ones, some of which may make you laugh, some might make you cry. I want to take the audience on the journey of what it was like to grow up and start out as a new song writer.”
Carlene’s gravitation to rock music early on was due in large part to her mother June and stepfather Johnny Cash's strong belief in exposing their children to a wide range of music. “I was really drawn to rock music, R and B, Motown and I love Bob Dylan,” Carter says. “My mom said, ‘this young man is going to change music forever,’ and he did. My stepfather - he knew the words to more songs than anyone I ever met, not just country. In between performances, he would sit (Carlene and stepsister Rosey) down on road trips and play us songs and tell us, ‘this would be a good one for you to learn.”
Following her appearance at Pacific on Saturday night, Carter will rejoin Mellencamp for his Fall 2016 Plain Spoken Tour that includes 15 performances between Oct. 11 and Nov. 4.
Pacific University’s Performing Arts Series presents Carlene Carter
Saturday, Oct. 1 - 7:30 p.m.
McCready Hall inside Taylor-Meade Performing Arts Center (2014 Cedar Street - Forest Grove)
Tickets: $25 adults; $22.50 senior citizens 65+; $20 students, youths and Pacific University employees - 503-352-2918
Tuesday, Sept. 27, 2016
Request Info Apply Now