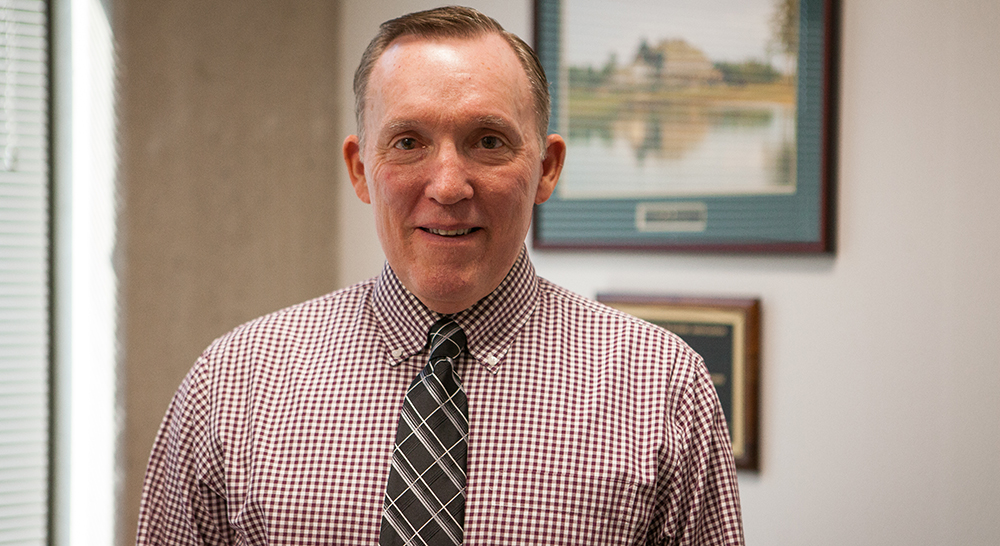 Please join me and Provost John Miller in congratulating Director of Athletics Ken Schumann, who has announced he will retire from Pacific University at the end of the academic year, June 30, 2020.

In 2004, Ken was named director of athletics for Pacific, and our sports programs have expanded significantly under his leadership with the addition of six varsity programs, several junior varsity programs, and a more-than-doubling of the student-athlete population.

He also spearheaded the major expansion of our athletic facilities, including the $11.5 million Lincoln Park Athletic Complex partnership between Pacific and the City of Forest Grove, the innovative installation of turf in the fieldhouse, and numerous other facilities improvements.

Ken’s nearly four decades of service to Pacific have been extraordinary and, on behalf of thousands of student-athletes, alumni, coaches and fans, we thank him for his tenure as a coach, mentor and leader.

I am pleased to announce that Keith Buckley will succeed Ken as director of athletics July 1, 2020.

Keith came to Pacific in 2009 with the task of leading a brand new football program after the university’s 19-year hiatus from the sport. The team played its first season in 2010, recorded one of the best seasons in university history in 2013, and tied for the Northwest Conference title in 2014. In 2018, Keith was appointed assistant athletic director role, leading the department’s student-athlete success initiatives and coordinating with student success and retention initiatives. Prior to coming to Pacific, Keith had a four-year stint at his alma mater, UC Davis, where he was assistant head coach and coordinated recruiting efforts.

Please join me in wishing Ken well in his coming retirement and in congratulating Keith on his future role with Pacific Athletics.