Five former Pacific University student-athletes, including the first-ever husband-wife team, will be inducted into the school's athletic hall of fame on October 2.

The 2015 Pacific University Athletic Hall of Fame Induction Ceremony will take place on Friday, Oct. 2 in conjunction with Homecoming. The ceremony includes an invitation only dinner in the Stoller Center (5:30 p.m.), followed by the induction in the McCready Auditorium of the Taylor-Meade Performing Arts Center on campus at 7:30 p.m. Additionally, the five standouts will be honored at halftime of Saturday's 1 p.m. football contest against Pacific Lutheran.

"This is another great class of very deserving honorees," said Boxer Athletic Director Ken Schumann. "We are very proud to add these five outstanding student-athletes to a very distinctive list."

Brooke is one of the most decorated and accomplished track and field athletes in school history. A four-year standout, Barker earned four All-American honors including a silver medal (second place) in the 2006 NCAA Division III heptathlon. She was named the 2005 Northwest Conference female athlete of the meet after winning three events and placing in two others. She still holds four school records and left campus on top of the leader board in six total—100 meters (13.8), 200 meters (25.94), 400 meters (57.66), high jump (5-2 1Ž2), shot put (41-8 3Ž4) and heptathlon (4,834). During her standout career she won seven NWC titles and held the conference heptathlon record upon graduation.

A two-year all-conference player, Tony Beo was one of the greatest long range shooters in school history. After transferring from Columbia Basin CC, Beo rang up 230 three-point baskets in two seasons as a Boxer. He tallied 1,009 career points, averaging 16.8 ppg in 1991-92 and 19.2 as a senior. He earned NAIA District II honors both seasons and was a NAIA honorable mention All-American pick in 1993—one of only three Pacific players to ever earn All-American laurels. Beo still holds the Boxer single-season record with 132 treys made and is tied for most long balls made in a game with eight (vs. Seattle U.). The 6-foot-4 guard led the NAIA (Div. II) with 4.6 three pointers a game (1992-93) and helped lead Pacific to a No. 20 national ranking and a then-school record 21 wins. 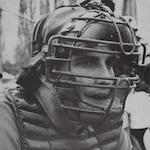 Rick "Rudy" Carnaroli was a four-year starter for the Boxer baseball team. A native of Connecticut, he came to campus in 1977 as a catcher but was moved to the outfield when there was a logjam of candidates behind the plate. He responded by making himself into an all-conference outfielder until he was able to slide back behind the dish for his senior season—earning All-NWC honors there as well. He capped his career by being named a First Team NAIA All-American in 1980 after hitting .379 with 12 doubles. He also excelled in the classroom and earned a NAIA All-America Scholar Athlete plaque. Carnaroli went on to earn his law degree at Willamette and is currently the Judge Magistrate for Bannock County in Pocatello, Idaho.

Fitting the bill as another outstanding wrestler from a program with a deep and successful history, Guy Takahashi was a two-time NAIA All-American as a heavyweight. A four-year standout, Takahashi placed fourth in both the 1994 and 1995 national championships. He was a two-time NAIA West Region champion and was ranked as high as first (1995) and second (1996) in the heavyweight rankings. He was named Pacific's Outstanding Male Athlete in 1996 during a year in which he also competed in track and field, where he still ranked fourth all-time in the shot put. Takahashi helped lead the Boxers to a pair of NAIA top-10 finishes, including a sixth place banner in 1995. The Hawaii native finished with a career mark of 67-24 and is now a successful coach at Century High School in Hillsboro.

A four-year starter at shortstop/second base and a Second Team NAIA All-American selection (1998), Vallie Wells Takahashi excelled on the field and in the classroom during her Boxer career. Named Pacific's Outstanding Female Athlete as a senior (1999), Vallie was a two-time All-West Region selection—one at the NAIA level (1998) and also in Pacific's first season as a NCAA Division III member (1999). She earned First Team All-NCW honors as a freshman in 1996 at shortstop and again as a second baseman in 1998 and 1999. She left campus with three single season school records (hits, runs, stolen bases) and one career mark (at bats). Vallie helped lead the Boxers to the 1998 NWC championship and graduated one year later cum laude with a degree in exercise science.

Since 1991, over 100 athletes and teams have been enshrined into the Pacific Athletic Hall of Fame.