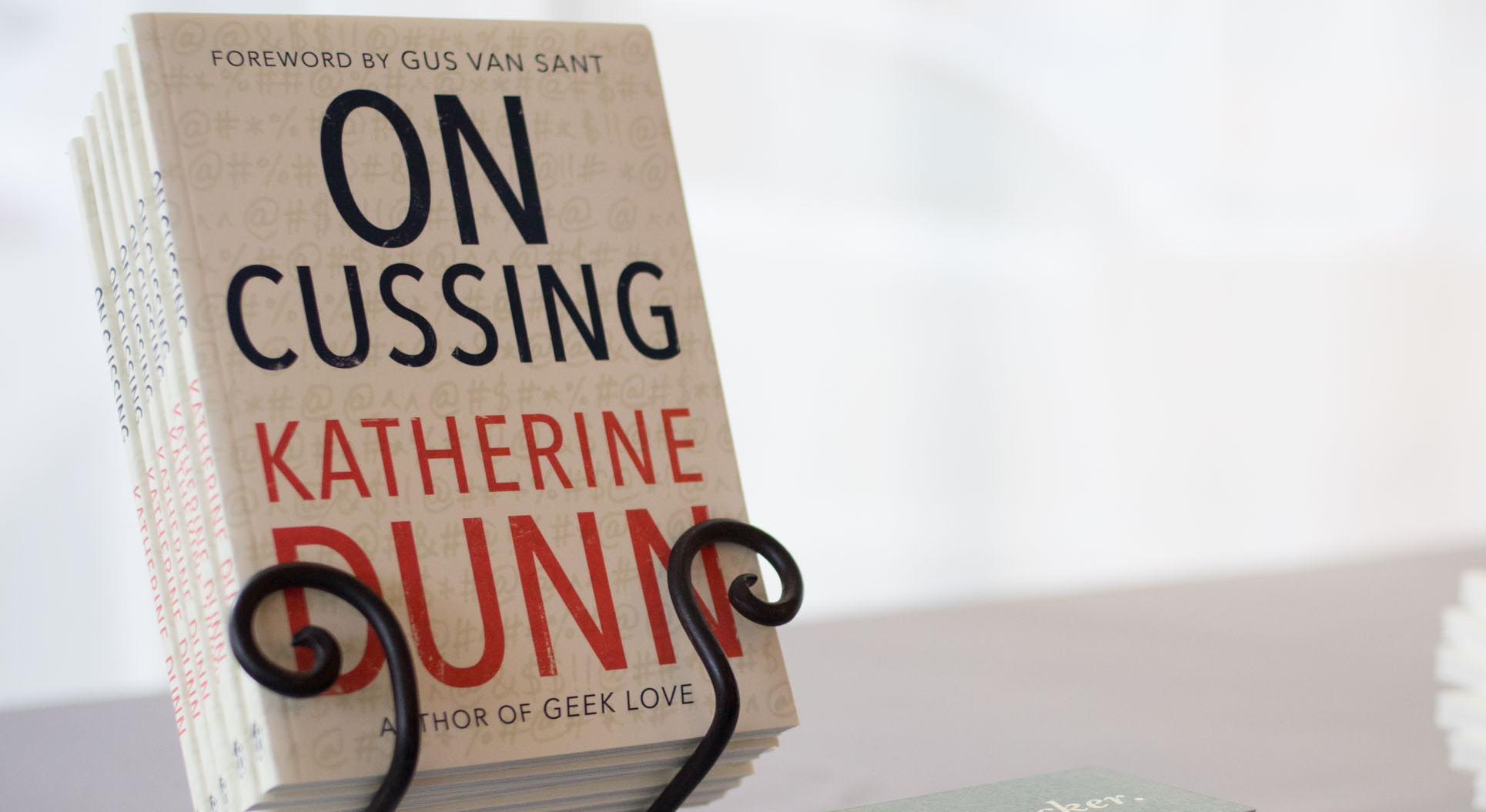 Inspired by the life and legacy of one of America's most determined writers, Pacific University has established a new scholarship fund to help aspiring female writers follow in the footsteps of the late great Katherine Dunn.

The Portland-based author and journalist, best-known for her 1989 cult classic Geek Love, served on Pacific's Master of Fine Arts in Writing faculty from 2013 until her untimely death in 2016. Thanks to the generous support of many Pacific MFA in Writing alumni and friends, the university's new Katherine Dunn Scholarship Fund will empower exceptional female writers with demonstrated financial need to complete Pacific's two-year MFA in Writing program, frequently hailed as one of the country's best since its founding in 2004.

Dunn's unabashedly creative communication style has inspired thousands of literary enthusiasts, including dozens of Pacific students and alumni, many of whom recently gathered in Portland to celebrate the posthumous release of her latest work, On Cussing (Tin House Books) while in town for the Association of Writers & Writing Programs Conference (AWP).

Dunn faced challenges as a single mother of a young son in Portland during the early 1970s, working long hours in the morning as a waitress, and as a bartender in the evenings, to make ends meet. In between, she took care of her son and wrote stories, poems, and articles, often late at night on an old manual typewriter. She was also a generous proponent of helping other artists, using her tip money to buy their paintings.

It wasn’t until 1989, more than 10 years after Dunn began writing Geek Love, that the iconic novel was finally released. It delighted some, repelled others, and shocked all for a narrative that was “at once engrossing and repellent, funny and terrifying, unreal and true to human nature," according to Publishers Weekly.

Released March 26 to much fanfare, On Cussing is derived from a craft talk Dunn gave to Pacific MFA in Writing students in January 2014. The Portland Tribune's Jim Redden depicts the work as a "scholarly and frequently hilarious history of the origins, uses and — as Dunn sees it — frequent abuses of cuss words." Chicago Tribune writer John Warner calls On Cussing “perceptive about the utility of cussing as a tool to vent or threaten or even bless the recipient of the swear.”

Pacific’s MFA in Writing program celebrates writing as an art that has the potential to make a difference in the world. Through a rigorous course of study that emphasizes the creative process, students work closely with faculty members who represent some of America’s finest contemporary writers.

The Katherine Dunn Scholarship fund is a tribute to Dunn's perseverance and willingness to pursue her passion despite economic challenges. Contributing to the fund is one of several ways to support Pacific's MFA in Writing program.

“Katherine gained an enormous number of fans around the world after Geek Love was published,” MFA in Writing Director Shelley Washburn said. “She was a generous and brilliant teacher, and we are extremely proud to name this scholarship fund in her honor affirming our commitment to support women writers in perfecting their craft.”