"Hi, This is Jim Moore. What Do You Want to Know?" (Seven tips for public commentary) 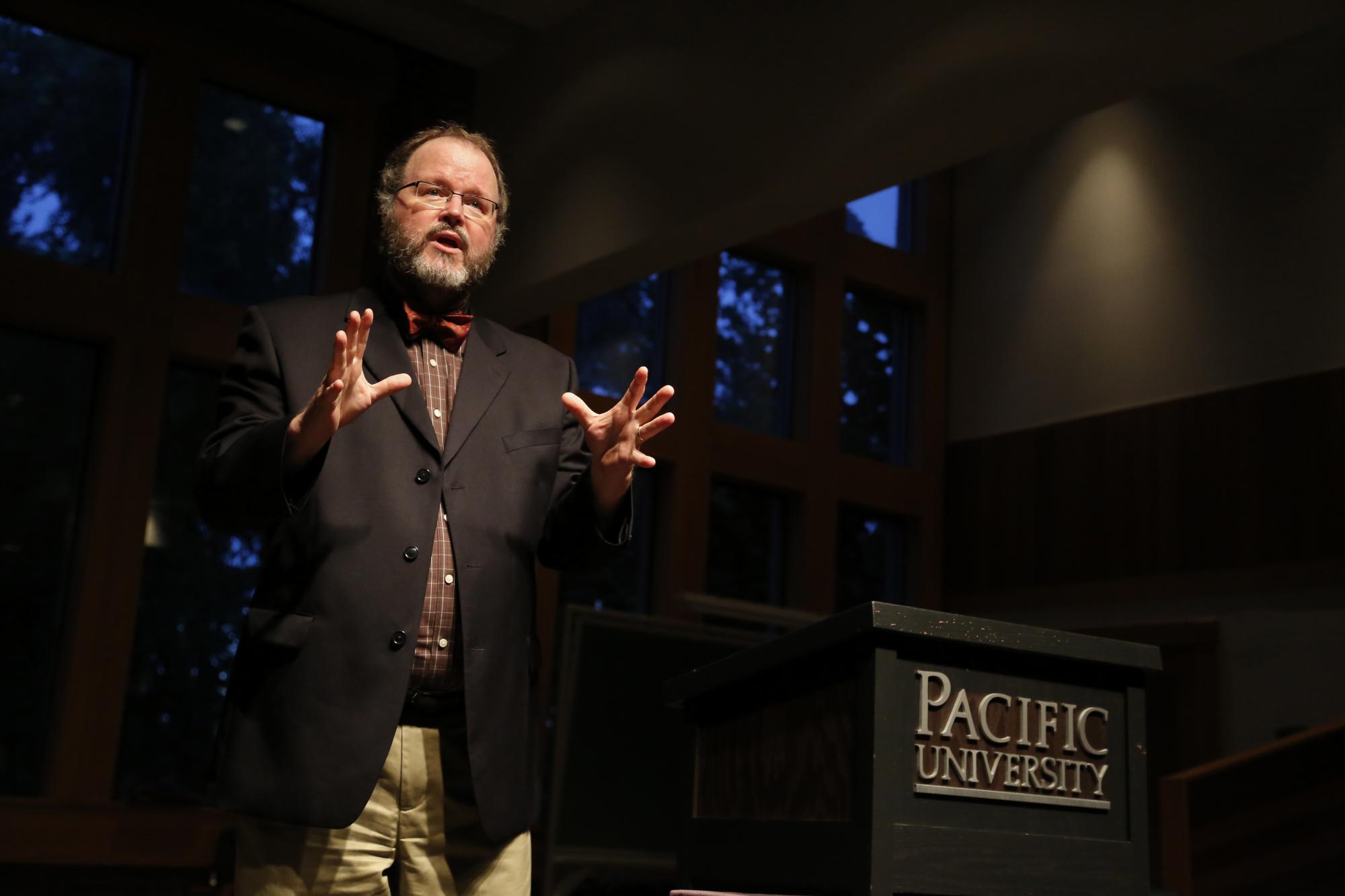 Amid impeachment, trade wars, the Oregon secretary of state’s race, climate change initiatives, bloodshed abroad and partisanship at home, Jim Moore has a lot to say. And journalists are begging him to do it.

The Pacific University professor and director of political outreach at the Tom McCall Center for Civic Engagement pops up frequently in news stories. Journalists around the region and beyond know he’s a direct, politically neutral voice who cuts through heated rhetoric to illuminate an issue’s core. In 2016, Oregon Business magazine called him “the most quoted political analyst in Oregon.”

Just since the end of the last school year, Moore was interviewed or cited approximately 160 times by media outlets. Some were hyperlocal, like the Forest Grove News-Times. Others were in Portland, Salem and far beyond. For example, he analyzed the impeachment hearings for EuronewsNBC in France and the Oregon Senate walkout for the Washington Post.

On the possibility of testimony by the “whistleblower” whose memo kicked off the Ukraine inquiry at the heart of the impeachment vote: “The Republicans want to see the whistleblower because they want to say the thing that started this was not the president’s phone call; it was a deep-state, pro-Democrat or anti-Trump person, so they want to say the whole beginning of this was basically illegitimate.”

On voter turnout in Oregon’s November 2019 election: “You know, here in Multnomah County, the turnout is actually percentagewise lower than it has been on these elections, but the number of voters is higher. And that’s because we have a bigger pool of voters because of the automatic voter registration at the DMV.”

How does he do it? What makes him so in-demand? How would he advise others who want to raise their profiles in public? Here, he offers seven tips.

Moore, who is writing a biography of former Oregon Gov. Vic Atiyeh and also contributes to the Oregon Encyclopedia, has claimed the word Psephologist, which he saw used in the Financial Times to describe someone who is an authority on elections. The word is posted on his office door in Marsh Hall and employed in his digital signature.

He says he enjoys being a professor and a pundit. Others enjoy him in that role, too.

“For a journalist, Jim Moore is the perfect source,” said longtime Oregon journalist Dick Hughes, former editor at the Statesman-Journal newspaper in Salem. “He knows what he is talking about, he speaks in real-person language and, just as important, he is easily accessible on deadline. I’ve interviewed him by phone, by email, at his office and his home, and at a restaurant.”