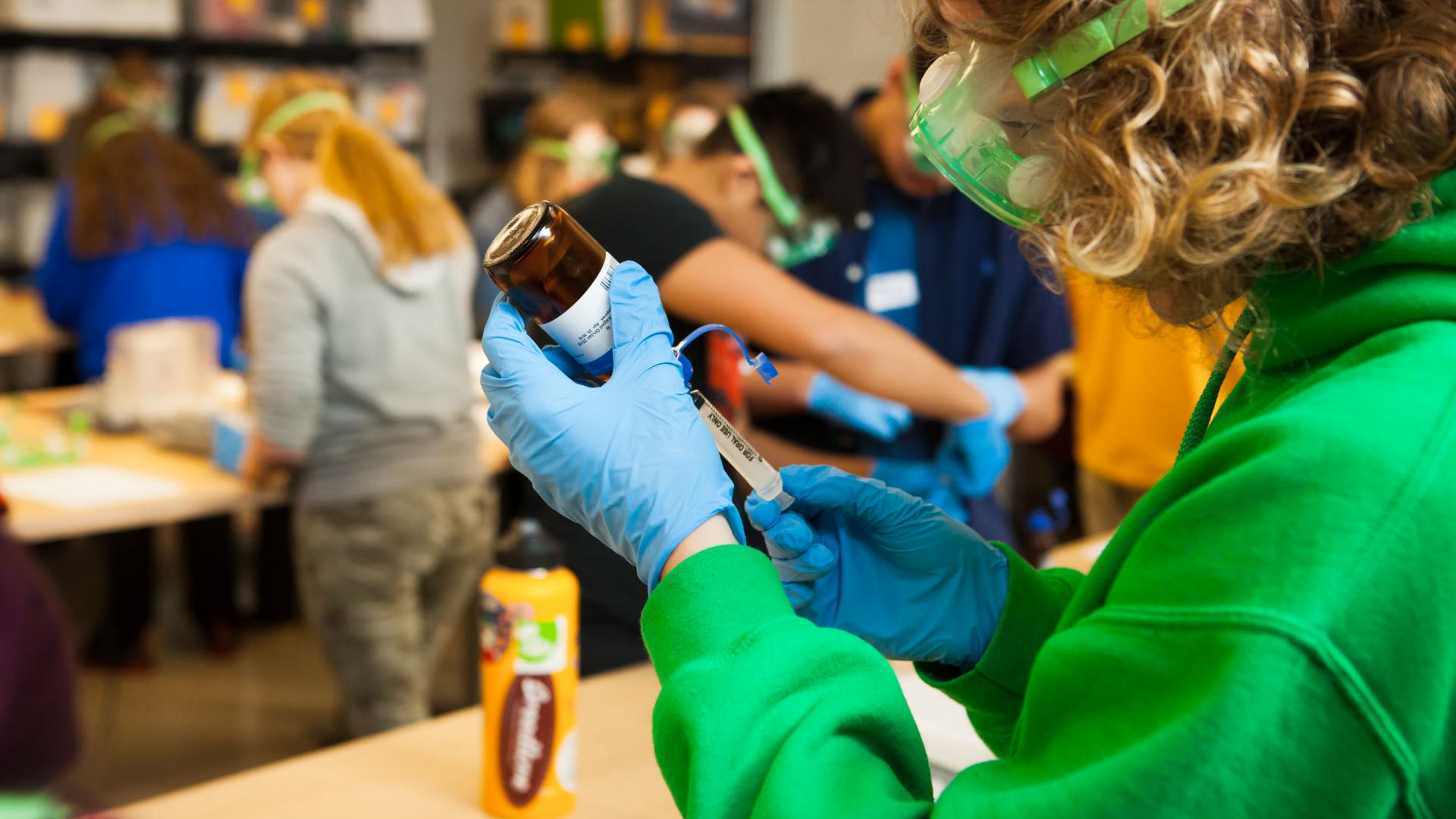 As the students from Portland’s Cleveland High School take their places around the tables in the Pacific University School of Pharmacy’s compound lab, associate professor Jeff Fortner calls out from the front of the room.

“We’re going to have you cook up some lip balm today,” he tells them.

The announcement sets the high-schoolers abuzz. They put on safety goggles, make sure their rubber gloves are secure, and survey the beakers, tubes, stir rods, scales and plate cookers. Fortner adds some final instructions. He names and holds up, in turn, the waxy base, the oils, the sweetener, the aloe vera and the flavor oils, which include lemon and cinnamon.

“If something breaks, put a hand up,” he says, and the students bend over their equipment and start measuring, weighing and mixing.

It’s a high school field trip to Pacific’s Hillsboro Campus, the product of outreach by Jackson Ross, the school’s admissions and experiential strategist. Among his other duties, Ross contacts high-school science teachers around the region, inviting them to bring their students to Hillsboro for discussion about careers in pharmacy, a tour of the campus and a little hands-on time in the lab. 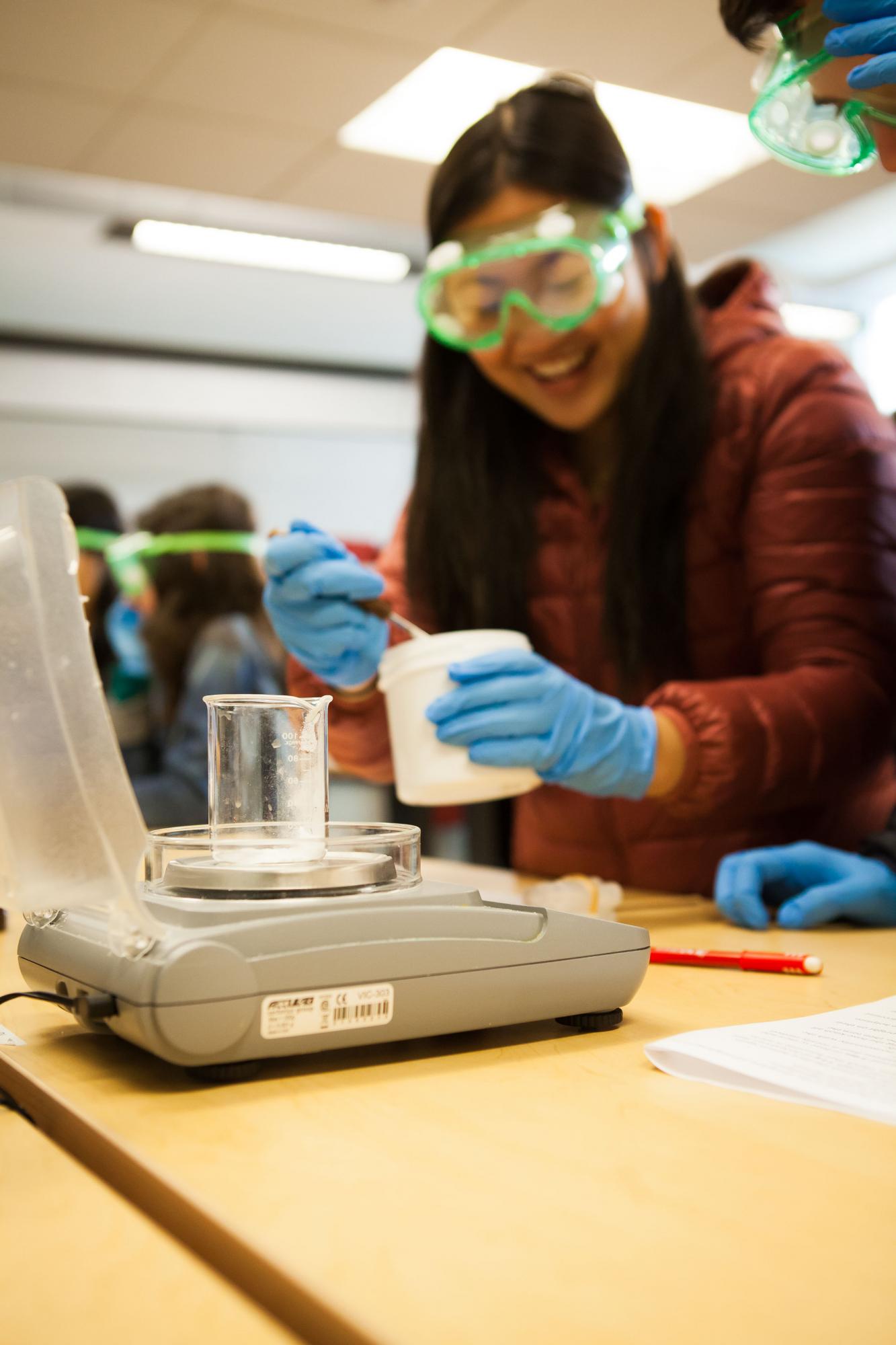 This November day, the school buses to Hillsboro arrived late, so the tour was abbreviated in order to end in time for the students to scarf down the Pacific-provided pizzas. The lab time was truncated, meaning some left with tubes of near-molten lip balm, and the discussion about how much pharmacists typically earn upon graduation — six figures — was nearly glossed over. Still, the “Show Me the Money” slide got their attention.

When Nathan Hoover, the school’s academia and pharmacotherapy fellow and graduate instructor, asked the Cleveland students how many knew they wanted to be pharmacists, no hands went up. But when Anita Cleven, as assistant dean and assistant professor, asked how many wanted to go to medical school, a half-dozen students raised their hands.

She acknowledged that had once been her dream, too. But she became drawn to pharmacy, talked to mentors along the way, went to work on the retail side of the business, and then found her calling in academia.

“Don’t be stuck on a path,” she told the students. “There might be a bigger, better path for you.” And, she added, “find mentors.”

The high-school students listened intently. For them, it was a good day. They got some lab time, some insights about pursuing an education and career in pharmacy, a couple of tubes of personalized lip balm and pizza.

And perhaps, for one or two of them, this day was the first step on a journey that will carry them toward a career in pharmacy — and maybe even through Pacific University.