Hulse is a Girl for All Seasons: Volleyball, Lacrosse, Wildfire 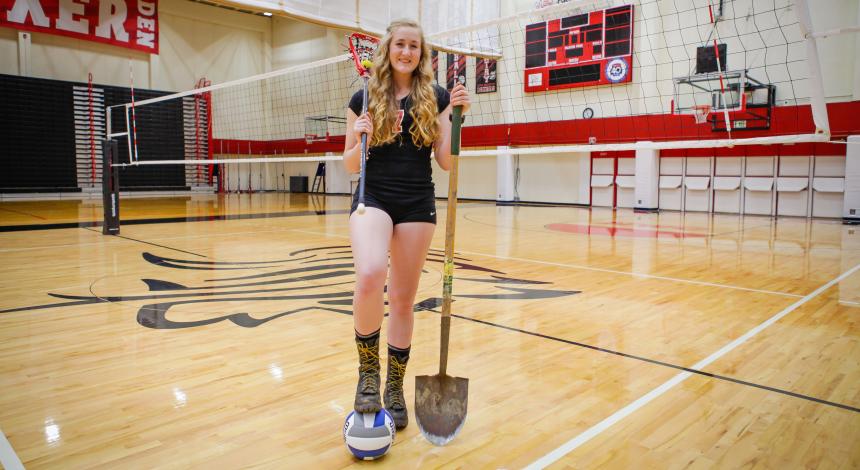 Growing up in Eastern Oregon, the daughter of state and city employees, Hulse used to spend her summers picking up litter. As soon as she turned 18, she was ready for something a little more daring.

Hulse just spent her second summer as a wildland firefighter with the U.S. Forest Service, working out of the North Fork District of the Umatilla District.

“It is one of the most mentally and physically challenging things I’ve done in my life,” she said.

Between fire seasons, Hulse is a business student at Pacific University, where she originally signed up to play volleyball. She’s since added lacrosse to her repertoire.

“Coach Wynne is awesome. She was my yoga instructor, and that’s how she recruited me,” she said. “I’m so glad I get to be a part of that.”

Off the court and field, Hulse is part of the Student Athlete Advisory Council and Fellowship of Christian Athletes. She works at the campus Starbucks. And, she studies business, hoping to make her way to her dream job.

“I want to work at Nike, so I looked at several schools in this (area),” she said. “The campus, the atmosphere, the people I met on my visit: this is the place that most fit for me.”