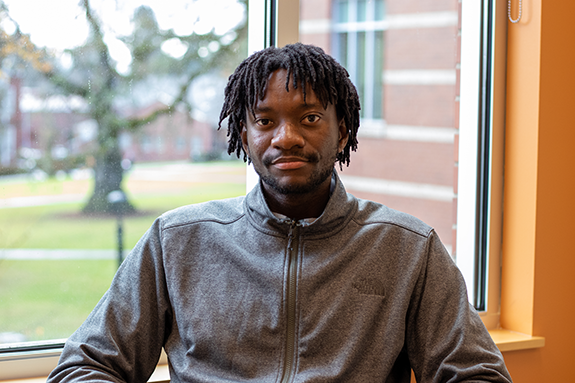 Go to any Pacific University men’s basketball game, and you’ll see Andy Isokpehi '20 suiting up as the forward. As the team roster shows, he has traveled further than most to attend Pacific, with his hometown being Lagos, Nigeria. Initially recruited by basketball coach, Justin Lunt, Isokpehi is a transfer student from California’s College of the Sequoias. “My college search was based on a school that would provide a quality education and a competitive basketball program,” Isokpehi said, “Pacific University checked both boxes.”

Deciding to major in business was an easy decision as his goal is to be an entrepreneur and own multiple businesses. 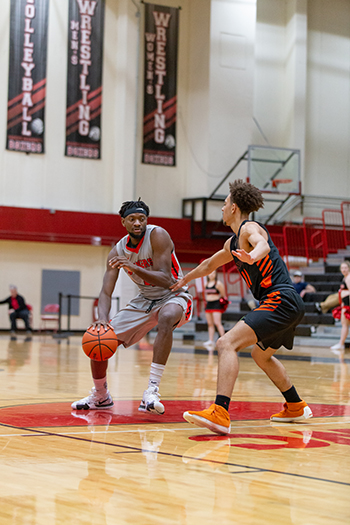 As a business student, Isokpehi has taken advantage of some of the professional development programs available to him. He participated in the Passport Program created by the COB’s Placement Services to encourage students to engage in activities, which promote professional development including meeting guest speakers, attending etiquette dinners, and professional networking. “By starting the Passport Program last year, I started networking, and it led to my internship,” he said. Isokpehi was a sales and marketing intern for Capital Architectural Signs, Inc., a company in Austin, Texas. His position led to a deep understanding of real-world sales and marketing, “I built lists, signed quotes, executed take-offs, managed social media accounts, and I processed sales from the website,” he explained.

As a transfer student, Isokpehi found the move to Pacific to be seamless. Courses taken at his previous institution were transferable, and he's on track to graduate within a 2-year time frame. He needed some help with academics during his first few weeks in the business program, but soon realized that his studies could improve by attending his professor’s office hours.

As both an international student and a transfer student Isokpehi exemplifies the ease with which business students can be both involved on campus and supported in their professional development. After graduation, he plans to continue onto graduate school. His goal it to find a position in sports marketing to gain experience before leading his own company. He also has other options. Isokpehi is also interested in pursuing a basketball career overseas.

“The Pacific education has given me the tools I need to be successful in the business world,” Isokpehi said, “I've also learned how to communicate and network better.”