Johanna Wilson ’20, MSAT ’21 was selected as one of three valedictorians in Pacific University’s athletic training program. 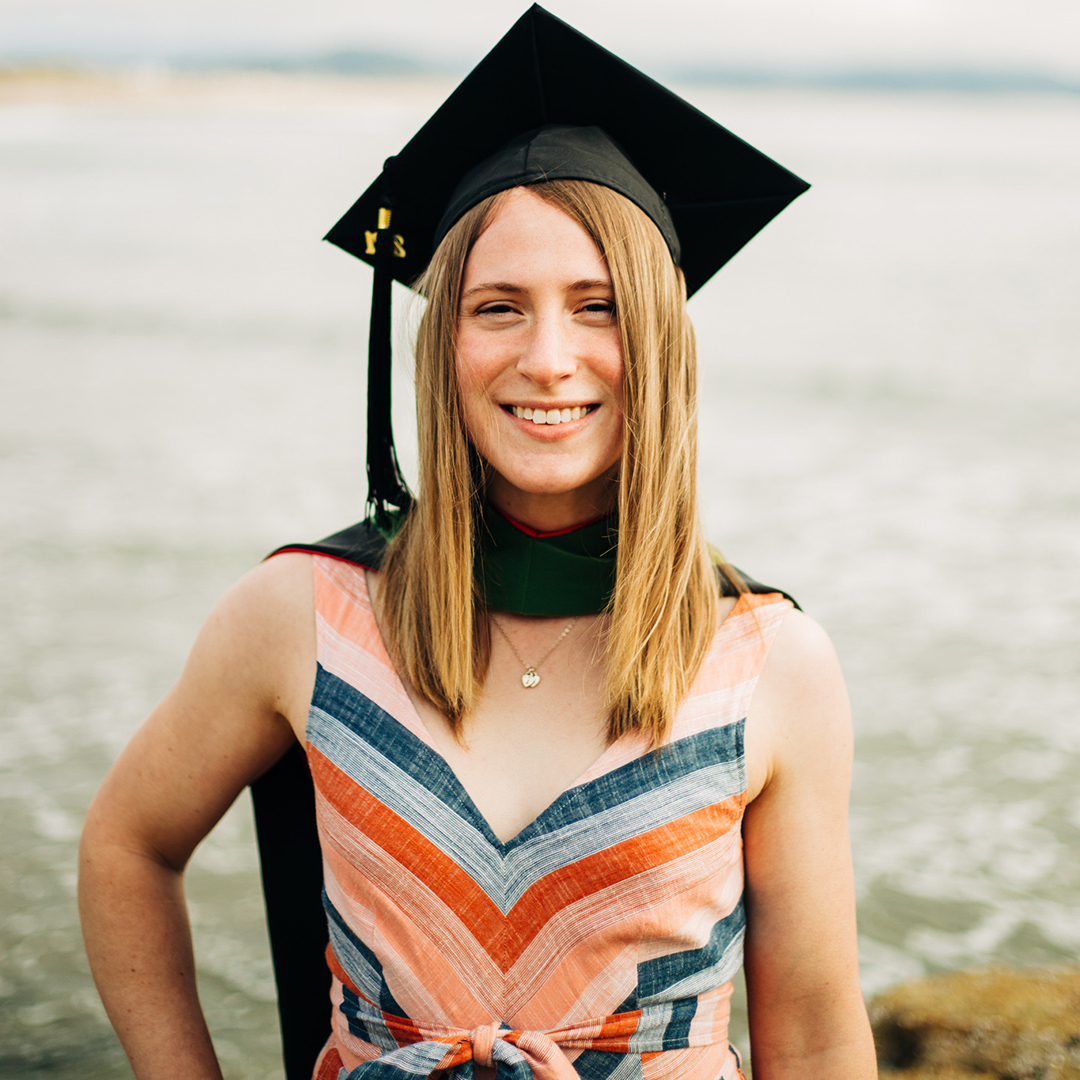 The honor of valedictorian goes to the student or students with the highest cumulative grade point average in their cohort.  Kevin Attard MSAT ‘21 and Jamie Leonetti MSAT ’21 are also 2021 valedictorians. All three also were named Athletic training Academic Honorees, along with Trevor Hunt MSAT ‘21, Emily Liska MSAT ’21, and Caylie Shiramizu MSAT ‘21.

Wilson also received the 2021 Director’s Award, which recognizes a well-rounded student in the master of science in athletic training program who demonstrates excellence in practice, service, leadership and a commitment to fulfill the values of Pacific University’s mission.

“Johanna Wilson is a remarkable individual. During her time in the program she has been one of the most engaged and active students we have had,” said Program Director Jeffrey Kawaguchi. “Johanna has truly made every attempt to get the most out of her academic experience.”

Wilson, whose hometown is The Dalles, Ore., earned her bachelor’s degree in exercise science from Pacific in 2020 and was a member of the Pacific women’s tennis team.