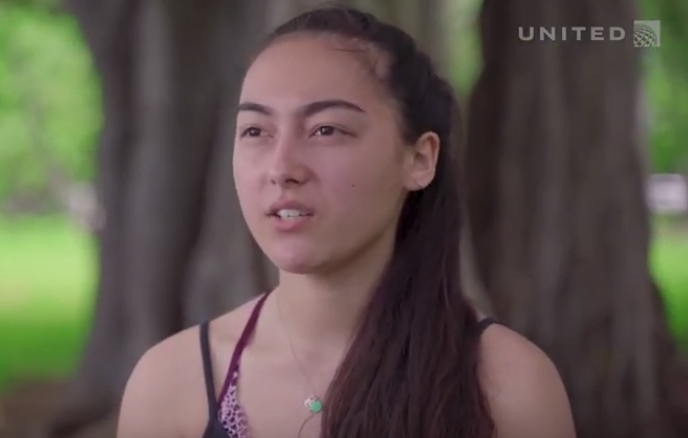 Kiana Coffin '21 just wanted to get back to school at Pacific University.

The wintry Pacific Northwest weather, however, got in the way.

As the 2-minute video recounts, her flight from Hawai'i was diverted to Seattle, and her (unnamed) airline lodged her in a hotel, then "forgot about her."

She was desperate to get to school, 3,000 miles from home, and feeling alone. A United Airlines pilot, Robert Fonte of Houston, saw her distress at the Seattle-Tacoma airport, asked what was the problem and learned that she was stuck.

United Airlines doesn't fly from Seattle to Portland, so Fonte paid her fare himself. She accepted gratefully and returned to campus.

Perhaps nobody outside her immediate circle would know about the unexpected kindness Coffin found on a cold day in an unfamiliar airport, but United posted a Father's Day video featuring the story, with Kiana Coffin and her father wishing Fonte a happy Father's Day. USA Today wrote a story about the video.

Here's to a smoother trip next time.