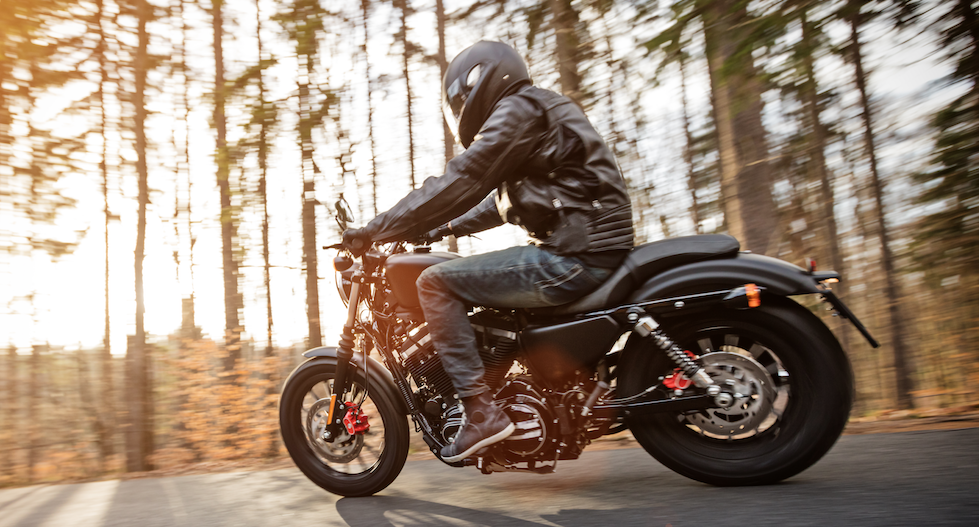 Pacific University’s Forest Grove Campus, home to stately sequoias, red-brick buildings and flowering bushes will, for a couple of days this month, be the center of the motorcycling universe.

Well, that’s hyperbolic, but Pacific is hosting its first international motorcycle studies conference beginning Thursday evening July 25, and ending with a getaway ride on Sunday morning, July 28. The ninth annual International Journal of Motorcycle Studies Conference will bring together two or three dozen motorcycle racers, researchers, writers and artists, all of whom are riders. Most of the conference will take place in Marsh Hall’s Taylor Auditorium, but campus visitors may notice a few more motorcycles than usual parked nearby.

Why motorcycles? Why Pacific?

It’s happening because Pacific physics professor James Butler asked himself one day “Is there a community out there doing what I’m trying to do?”

His curiosity arose when he combined his passion for physics with his passion for riding. He got his first motorcycle when he was 15, sold it when he went to college, then acquired a succession of powerful bikes beginning in the early 2010s. (He’s currently riding a 2018 Suzuki V-Strom 1000.)

Before he’d resumed his motorcycle-riding ways, his work as a physicist had led him to research fiber-based optical systems that could protect sensitive equipment from high-intensity lasers. The experience led him to wonder if, in some sense, these fibers could heal themselves by using a tiny internal river of photopolymer that hardened when exposed to a highly focused source of light. If so, could the individual threads in a piece of fabric be made to do something similar? If they could, then perhaps a motorcycle rider who is skidding on the pavement after an accident would be protected from abrasions by wearing a fabric that fixed itself almost as quickly as it was being torn apart.

He's been exploring the idea for several years now, which led him to the question: “Is there anybody else out there who would find this as interesting as I do?"

Last year, he attended his first IJMS conference and told the organizers they might want to meet on the Pacific campus in Forest Grove some year. His suggestion found immediate favor, and here we are, gearing up for the arrival of some serious players in the universe of motorcycling.

Sessions will include a keynote speech by Chris Page, president of the Oregon Motorcycle Road Racing Association and cofounder of the Portland Motorcycle Film Festival, as well as panelists talking about Batman’s motorcycle, authoritarianism and motorcycling in cinema, motocross fashion, the “Righteous Sisterhood: Constructing a Feminist Biker Identity in a Misogynist Subculture,” and other subjects.

Butler will speak on Friday in a session that sounds like it belongs at a technical conference: “Techniques for Measuring the Mechanical Properties of Fibers for Self-Healing Motorcycle Protective Fabric Applications.”

Visitors are welcome but must register. The conference schedule, registration material and other information is available on the IJMS site.