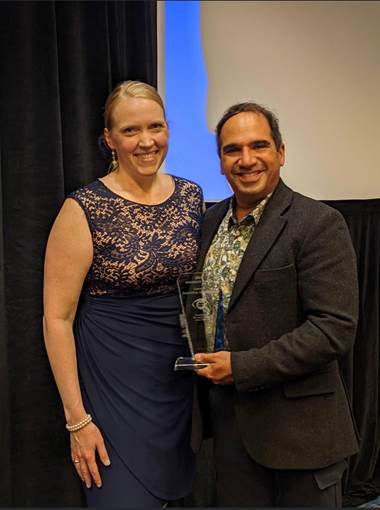 Yudcovitch received the award on Oct. 23 for his efforts during this past Oregon legislative session, when he crafted the message and provided the testimony to allow optometrists to perform certain laser procedures.

The proposal, which would have allowed optometrists to perform certain front-of-the-eye procedures, got a hearing in an Oregon House committee in the last legislative session, but didn't advance to the floor. The optometrists, who say the bill would allow many more Oregonians in underserved areas receive eye care, expect to try again in the next session.

Dr. Yudcovitch is also a musician and filmmaker. His documentary film, Fighting in Sunshine: The Untold Story of Banood, won the Best Documentary award at the Everglades International Film Festival, South Africa. He has played with several rock/pop, alternative, classical and jazz groups, and writes, arranges, performs, and records original music.