Master of Fine Arts in Writing Program Graduates Class of 2019 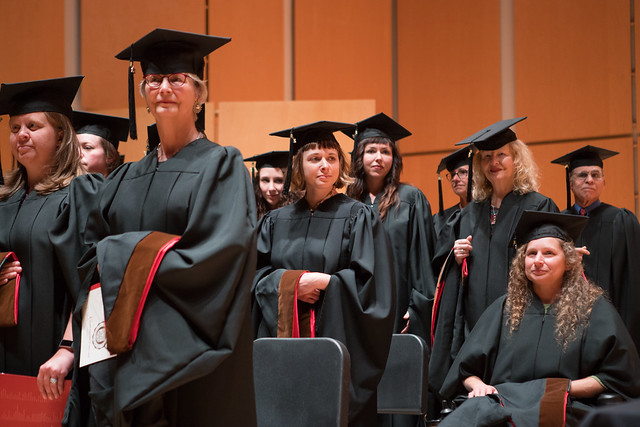 The Pacific University Master of Fine Arts in Writing program, one of the country’s top low-residency literary programs, welcomed 33 new alumni on Saturday, June 22, as it celebrated its 2019 Commencement Ceremony.

Founded in 2004, Pacific’s MFA in Writing program celebrates writing as an art that has the potential to make a difference in the world. Through a rigorous course of study with an emphasis on the creative process, award-winning writers work closely with students to support and inspire emerging craft and voice.

Faculty mentors include some of America’s finest contemporary writers. They include the renowned poet Kwame Dawes, recent recipient of the Windham-Campbell Prize for Poetry and a Pushcart Prize, poet Marvin Bell, recipient of an American Academy of Arts & Letters Award in Literature, and fiction writer Chris Abani, recipient of the PEN Hemingway Book Prize and a Guggenheim Award.

Recent alumni have gone on to their own success: Norris Burkes MFA ’13, a syndicated columnist, received the 2019 Will Rogers Humanitarian Award from the National Society of Newspaper Columnists. Anita Gill MFA ’18 received a Fulbright Award. Abby Murray MFA ’09 was named Poet Laureate of Tacoma and won the 2019 Perugia Press Prize for her debut poetry collection, releasing in September.

The program has flourished from its onset and continues to grow in both name recognition and philanthropic support, as evidenced by the recent establishment of a scholarship fund for aspiring female writers in the name of late faculty member and renowned author Katherine Dunn.

Pacific University Master of Fine Arts in Writing Class of 2019