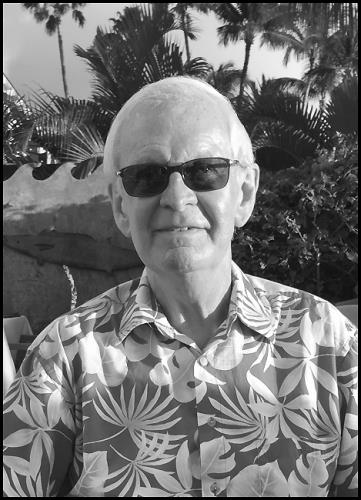 Dennis Gustafson OD '87 passed away on July 18, 2019 surrounded by his children and grandchildren. He fought lung cancer for three years and 28 days.

He was a nuclear medicine technologist at Harborview Medical Center in Seattle from 1972 to 1983. In 1983, at age 37, he came home from work one day and asked his wife Kathy what she would think if he quit his job and went back to school. She told him she thought it was a great idea.

He attended Pacific University from 1983 to 1987. He graduated with a Doctor of Optometry degree in May 1987. He and his wife opened State Avenue Vision Clinic in Marysville, Wash., until he sold the practice for health reasons in December 2016.

The Gustafsons enjoyed boating and belonged to both Everett and Edmonds Yacht Clubs.

Gustafson was preceded in death by his parents, Lester and Mabel. He is survived by his wife, Kathy; their boys, Jason and Kevin; grandchildren, Mackay, Brandon, Jordan, and Katie, and great grandchild, Emma Mae;  brother, Les (Nancy), sister, Nyla Thies (Tony) and numerous nieces and nephews.

The family celebrated his life on Aug. 10, 2019. In lieu of flowers, please donate to the Cancer Research Institute or a charity of your choice