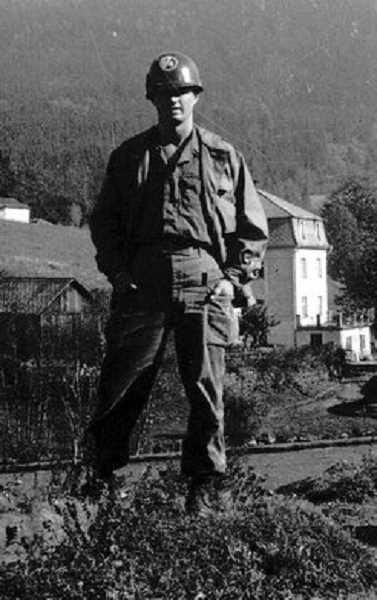 He was born on July 29, 1924, in Seattle and grew up in the Selleck, Wash., area attending school and spending his formative years exploring the outdoors with his father and many Italian uncles who worked as local area loggers and miners through the great depression.

After moving to Gaston, Ore., Don finished his high school years in Forest Grove and graduated from Forest Grove High School in 1941 and was pursuing an engineering degree at Pacific University when World War II began. After training, Don was shipped overseas and served as a heavy weapons machine gunner in the 94th infantry division, 302nd regiment under command of General George S. Patton. S/Sgt. Smith fought in the Battle of the Bulge in the harsh winter of 1944- 45 where he was wounded saving a group of rifle company men that had been cutoff as German 11th Panzer division tanks overran their position outside of Nennig, Germany. For his heroism, he was awarded the Bronze Star, Purple Heart and the Croix De Guerre- for bravery in battle, and a Presidential Unit Citation was awarded to the 94th who were referred to as "Patton's Golden Nugget." Many knew of Don's wartime heroism and achievements through the book and feature film "Everyman's War."

In civilian life, Smith helped build the foundation of the Stimson Lumber & Forest Fiber Products mill in Gaston, where he remained employed for over 40 years, retiring as the company's general manager.

He was married for 71 years to Dorine (Foelker) Smith after the war and together they raised two sons and three daughters. He is survived by his wife Dorine, sons Craig D. Smith & Thad T. Smith; daughters Debbie Mosley, Lori Oliver. He was preceded in death by daughter Nancy A. Smith.