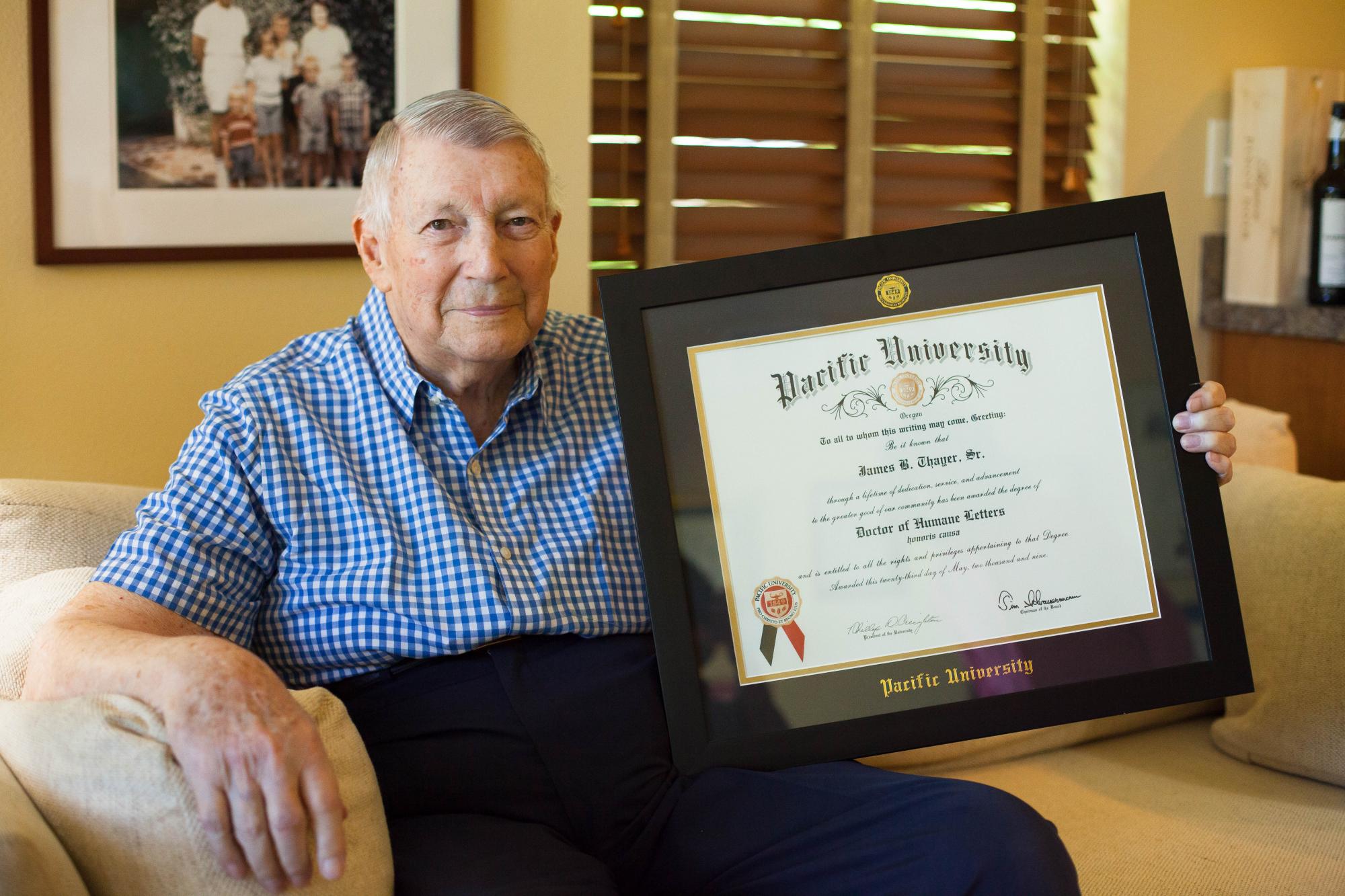 In 1941, he put his education at the University of Oregon on hold to join the U.S. Army. During his service, he was awarded the Silver Star for his distinguished service, including discovering and liberating a Nazi concentration camp in Austria.

He returned to U of O after the war to finish his undergraduate education. A few years later he met his future wife, Patricia Cunningham, and the two were married on Apr. 19, 1954. They helped found the St. Bartholomew's Episcopal Church in Beaverton, Ore., and co-founded the J. Thayer Company while raising their five children.

In 1982 he retired from the U.S. Army Reserves as a full colonel, but reactivated as Commander of the Oregon State Defense Force and became Brigadier General. In 1994 he was awarded the Secretary of Defense Medal for Outstanding Public Service. He was Oregon’s Civilian Aide to the Secretary of the Army, and has served as president of the Oregon Historical Society, the Port of Portland Commission, and the Beaverton Chamber of Commerce. He has chaired the Tuality (Ore.) Community Hospital board and former Oregon Gov. Victor Atiyeh's Lower Columbia River Task Force. He was on the Reed College Board of Trustees, and sat on the board of directors for GTE Northwest, Oregon Graduate Institute for Science and Technology, and many other institutions.

He was preceded in death by his wife of 60 years, Patricia; and daughter, Anne. He is survived by his sons, Jim, John, Tommy, and Mike (and Kristy); and six grandchildren.