A Midsummer’s Night Dream in Prison: Enie Vaisburd Completes Film for Colleague in Labor of Love

For the past three years Enie Vaisburd, Pacific Media Arts associate professor, has been working on a project that is close to her heart. A nationally recognized filmmaker, Vaisburd and a team of collaborators from the Portland film industry shaped more than 70 hours of footage into a feature documentary on behalf of filmmaker Bushra Azzouz who died in 2019. The resulting project is A Midsummer’s Night Dream in Prison:

Inside the locked walls of the Two Rivers Correctional Institution near Umatilla, Ore., a group of inmates work with visiting director Johnny Stallings to perform William Shakespeare's A Midsummer Night’s Dream. As their characters transform in the fictional play, the inmates arrive at the possibility of transformation and the reimagining of their own life stories.

“The idea of transformation was important to Bushra. There is a power and freedom in reimagining our stories,” said Vaisburd.

“And I think the message is that you can transform yourself through art.”

Vaisburd and a team of collaborators from the Portland film industry are celebrating the documentary’s first award and world premiere. Azzouz and her crew filmed rehearsals and performances, as well as dialogues and interviews with the inmate actors over the course of eight sessions. Vaisburd is the film's post-production director, Ellen Thomas, is the post-production producer and Stallings serves as the executive director for The Open Road, the film's sponsor.

A Midsummer’s Night Dream in Prison premieres at 6 p.m. Sunday, Aug. 7 at Cinema 21 in Portland. Vaisburd and Thomas will introduce the documentary and Stallings will host a post-film Q&A with some actors from the project. The one-night screening will celebrate Azzouz, the project, the Portland arts community and also serve as a fundraiser for distribution.

On July 25, 2022, the film received the Award of Recognition from the Impact DOCS Competition, which acknowledges television, videography and new media professionals who demonstrate exceptional achievement in craft and creativity, produce standout entertainment or contribute to profound social change. Documentaries were received from 30 countries.

A Collaboration of Artists 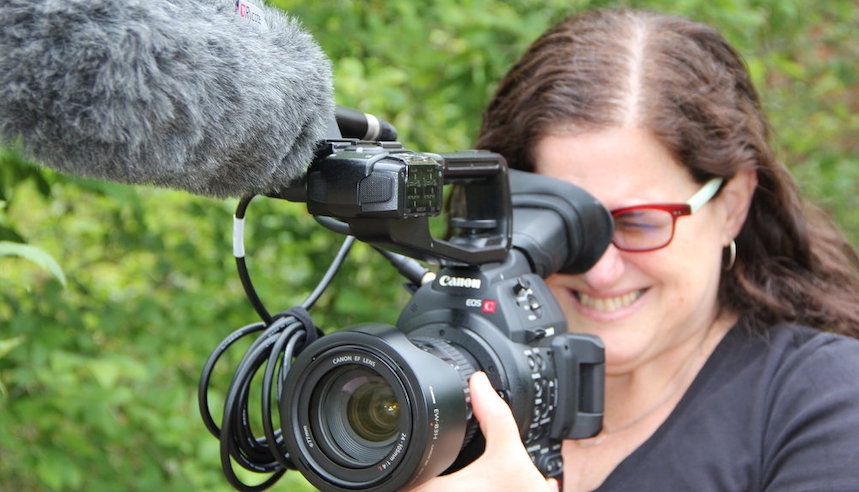 Vaisburd teaches film and video at Pacific with an emphasis in studies and practice. Her film work is often lyrical, integrating characteristics of experimental and documentary forms. Language, translation and cultural identity are recurrent themes in her work. She especially interested in  creating internal geographies and spaces with film.

At Azzouz’s request, Vaisburd and Ellen Thomas, completed A Midsummer’s Night Dream in Prison. The three were colleagues in the late 1990s at the Northwest Film Center and close friends.

“What initially moved me about this project and still does today, is the level of trust and responsibility that Bushra placed on me,” Vaisburd shared emotionally.

“She trusted that I would share her vision in the heart of the story and that I would make decisions with a similar intent in vision. And I really carried that through this whole process.”

The project was a labor of love for Vaisburd, Thomas and artists, donors and friends from the Portland film community. Budding professionals, Pacific students and alumni, were also part of the production crew.

A film distribution fund has been established to help prepare the documentary for local, national and international distribution to educational, theatrical and community markets. Donations may me made at openroadpdx.com or amidsummernightsdreaminprison.com. The nonprofit Open Road has a goal of raising $20,000 by the end of the year.

In the meantime, Vaisburd will return to the classroom at Pacific armed with a fresh perspective to share with film and video production students. She’ll also continue promoting A Midsummer’s Night Dream in Prison and plans a Pacific University screening sometime in the fall.

“Every day I say to myself, Bushra, we finished it. I’m still pinching myself.”