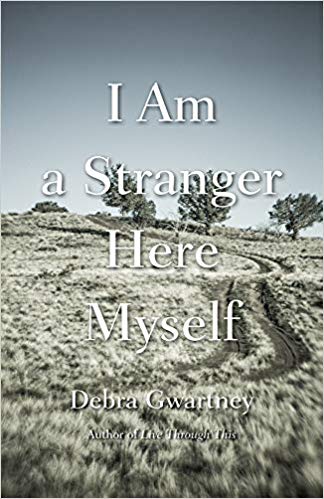 Part history, part memoir, I Am a Stranger Here Myself taps the deepest dimensions of human yearning: the need to belong, the snarl of family history, and womanhood in the patriarchal American West. MFA faculty member Debra Gwartney becomes fascinated with the missionary Narcissa Prentiss Whitman, the first Caucasian woman to cross the Rocky Mountains and one of fourteen people killed at the Whitman Mission in 1847 by a band of Cayuse. Arranged in four sections as a series of interlocking explorations and ruminations, Gwartney uses Whitman as a touchstone to spin a tightly-woven narrative about identity, the power of womanhood, and coming to peace with one’s most cherished place.

The book won the River Teeth Nonfiction Prize, judged by Gretel Ehrlich, and was released this month by the University of New Mexico Press as part of its Prize Series.

Gwartney will be hosting several events, including a book signing on Saturday, March 30, at the 2019 AWP Conference & Bookfair in Portland. The signing will take place at the Oregon Convention Center at booth 10092 from 11 a.m. – Noon.