In the News: Professor Jules Boykoff Analyzes the 2016 Summer Olympics 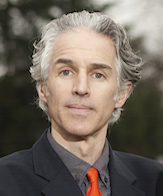 In advance of and following the release of his most recent book Power Games: A Political History of the Olympics (2016 - Verso Books), Boykoff has opined in the likes of The New York Times and spoken on camera to numerous journalists, including Jeff Glor of the Charlie Rose show, about the controversies cropping up and around Rio as the Games near.

Power Games chronicles the modern Olympic Games, their checkered political history and corresponding impact on both a global and local scale. Boykoff, a former professional soccer player and one-time member of the US Olympic squad, has authored two additional books on the world's foremost sporting event, including Activism and the Olympics: Dissent at the Games in Vancouver and London (2014 - Rutgers University Press) and Celebration Capitalism and the Olympic Games (2013 - Routledge).

As a Fulbright scholar, Boykoff spent fall 2015 in Brazil conducting research during the country’s preparation for the 2016 Olympics. He returned Rio de Janeiro to document the political and social sights and sounds as he did at recent games in London (2012) and Vancouver (2010).

Dr. Boykoff discussed the Olympics at the Lucky Labrador Beer Hall in Portland on Friday, July 29 in the latest installment of the Office of Alumni Relations' Pub Night series.

ThinkProgress - ‘I Wasn’t Gonna Fight In A Skirt’: The Ongoing Battle To End Sexism In The Olympics (Aug. 9, 2016) [Power Games citation]

ESPN United Kingdom - Behind the Olympic curtain, Rio at a crossroads (Aug. 5, 2016) [analysis]

Los Angeles Times - Welcome to the Olympic Games. In case you never heard of me, I am Brazil's president (Aug. 4, 2016) [analysis]

US News & World Report - Going for Broke: Rio de Janeiro is highlighting everything that’s wrong with the Olympics – so what do we do now? (Aug. 4, 2016) [analysis]

Paste - Olympics Interview: Jules Boykoff on the Intersection of Money, Politics and Resistance in the Games (July 20, 2016) [interview]

BBC London Radio - Author of Power Games: A Political History of the Olympics joins us in the studio (June 18, 2016 [interview]

Los Angeles Times - Don't worry. Rio Games have problems, but so have other Olympics (June 15, 2016) [analysis]