A Nun on the Bus: Sister Simone Campbell at Pacific University 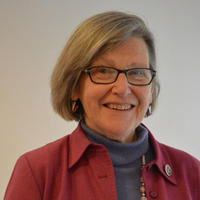 You've seen her on 60 Minutes, The Colbert Report, The Daily Show with Jon Stewart as she travels across the country with "Nuns on a Bus" advocating for the least of these in society. The Pacific University Center for Peace and Spirituality is excited to announce that Sister Simone Campbell will be on Pacific's Forest Grove campus at the Taylor-Meade Performing Arts Center on Monday, April 6, 2015 for a 7 pm public lecture. Her talk will focus on the role faith can play in promoting public policies that advance the common good.

"It is an honor to host this nationally known advocate," said Rev. Chuck Currie, director of the Center for Peace and Spirituality and university chaplain at Pacific University. "Sister Simone is an inspiring leader in the effort to create a more just nation.  More people would be living in poverty without her leadership."

Sister Simone has served as Executive Director of NETWORK: A National Catholic Social Justice Lobby since 2004. She is a religious leader, attorney and poet with extensive experience in public policy and advocacy for systematic change. In Washington, she lobbies on issues of peace building, immigration reform, healthcare and economic justice. Around the country, she is a noted speaker and educator on these public policy issues. Her latest book is A Nun On the Bus.

A ticket is required to attend. Seating is limited. Doors open at 6:30 p.m.