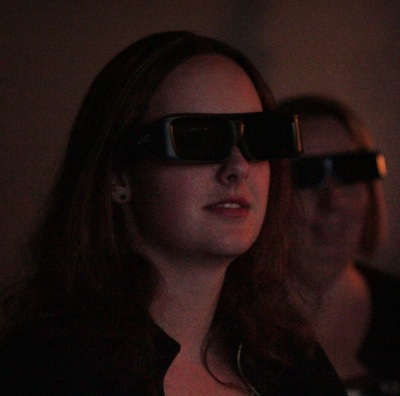 A study conducted by Pacific University faculty and published in the current edition of Optometry and Vision Science identifies causes of visual and physical discomfort in some people when they watch stereoscopic (3D) video content.

The study, funded by a grant from Intel Corporation's User Experience Research Group, has also verified ways to reduce the onset or severity of the symptoms, which include blurred vision, double vision, dizziness, disorientation and nausea.

"Stereoscopic Viewing and Reported Perceived Immersion and Symptoms" assessed the visual health and physical comfort of 203 teenagers and adults while they viewed a movie in 2D or 3D while sitting at different angles and distances.

As first reported by Lippincott, Williams & Wilkins, the study found that 3D viewing leads to a greater sense of immersion - "a greater sense of object motion and motion of the viewer in space" - than 2D viewing, as well as "heightened visual and motion sickness symptoms."

The study also found that younger viewers incurred both higher immersion and greater visual and motion sickness symptoms while viewing 3D video, "especially when viewing from a closer distance or more direct angle."

Optometry and Vision Science is the journal of the American Academy of Optometry. Pacific University's College of Optometry, with the support of Intel, THX and NIKE, opened the world's first 3D Performance Eye Clinic in Beaverton last fall.

Founded in 1849, Pacific University is a diverse and sustainable community dedicated to discovery and excellence in teaching, scholarship and practice.