Pacific’s Past Intertwined with Crayola Crayons

August is National Crayon Collection Month, and Pacific is proud to celebrate its connection to the roots of Crayola. 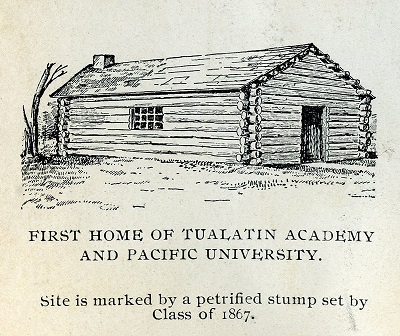 What do Pacific and Crayola have in common? A charitable trust and a history that goes all the way back to Grandma Brown and the early days of Pacific.

Elizabeth Millar (later Wilson) was only 20 years old and barely out of school in 1850, when she was recruited by the National Board of Popular Education to move to Oregon to become a teacher. She left her home state of New York and, along with her family, undertook the long, arduous trip by boat down the east coast of North and Central America, across the Panama isthmus on donkey-back, and back up the West Coast to where the Columbia River met the Pacific Ocean, arriving in Portland in 1851.

Her ultimate destination was Tualatin Academy in Forest Grove, later known as Pacific University. The school had been founded by “Grandma” Tabitha Brown to provide a school and home for orphans of the Oregon Trail. Grandma Brown had herself endured many hardships during her passage on the Oregon Trail and wished to support children who had also endured tragedy and loss as they made their way to Oregon.

In a letter her daughter, Lucy, written in 1899, Wilson wrote of Tualatin Academy’s founder: “Another great comfort was the presence and council of Mrs. Tabitha Brown, a wise woman, about seventy-five years of age ... I have never met her equal in some things. She had seen and read a great deal, and remembered keenly the incidents of her life. She was of great use to me in my limited experience, always kind and helpful.” 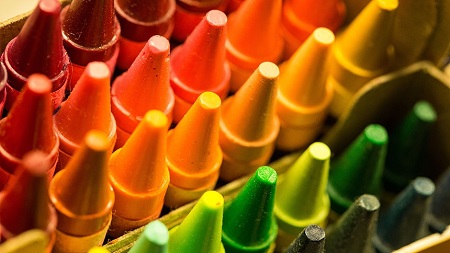 The younger Elizabeth was the widow of Edwin Binney II, son of the creator of the Crayola crayon brand, the first widely marketed collection of small, colored crayons.

After inheriting the Binney fortune in 1934, Elizabeth created a charitable remainder trust to provide an income for her son and later for the E.P. Binney Charitable Fund. The fund would support a number of colleges and children’s homes, including Pacific University in honor of Elizabeth’s love, admiration and close relationship with her grandmother.

Since that first gift in 1964, Pacific University has received more than $2.3 million in unrestricted support from the E.P. Binney Charitable Fund, which has been used to support areas of greatest need around the university over the past six decades.