By
Center for Gender Equity 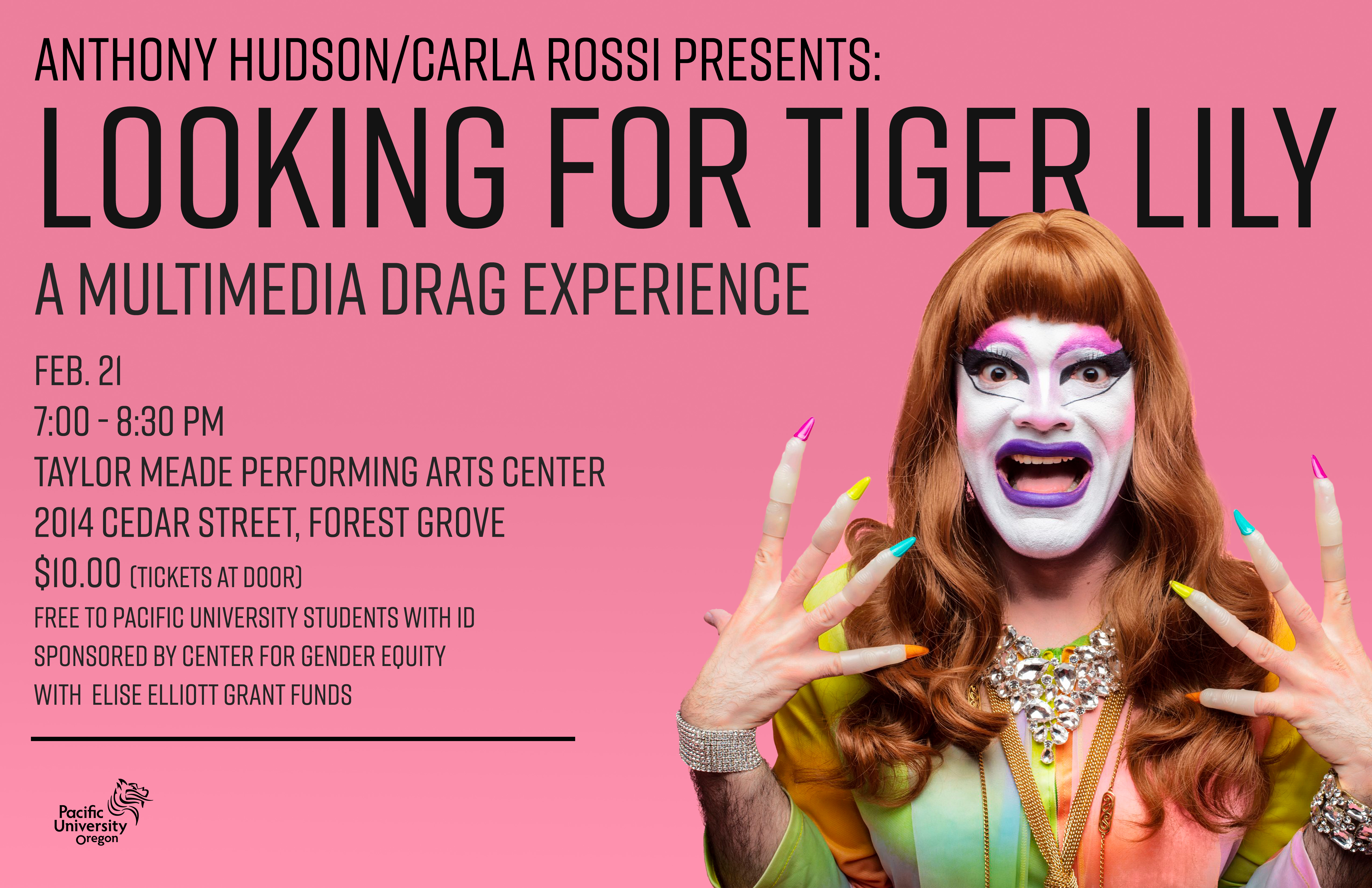 The Pacific University Center for Gender Equity hosts Anthony Hudson/Carla Rossi for "Looking for Tiger Lily," a multimedia drag experience, from 7 to 8:30 p.m. Feb. 21, in the Taylor-Meade Performing Arts Center. Tickets are $10 and available at the door. Admission is free for students with a Pacific ID.

Through his drag creation, Carla Rossi, Hudson confronts white supremacy and the confusion of "mixed" identities, particularly sexually and racially. Rossi, a "drag clown," is a persona, body of work and occupation representing the ghost of white privilege and capturing the intersection of Hudson's half-Native, half-German "mixed heritage."

"Carla Rossi is my way of confronting whiteness within myself," Hudson says. "As a queer performer, Carla is also an avenue for publicly and politically negotiating gender in a heterosexist binary. I refer to her as a she, and she sees herself as a she, but I don’t think she has a sex. She is an ancient creature, a sexless, non-human entity from mythologies past that has forgotten its origin. Like Dorothy in Oz, Carla comes to in contemporary America. But unlike Oz, Carla finds herself in a racist, heterosexist, misogynist, body-phobic, ableist, classist, capitalist, celebrity-driven society, and she wants in on the action. She thinks the best way to make it in this world is to become a famous white woman, an object for consumption.”

The performance is presented by the Pacific University Center for Gender Equity, with support from the Elise Elliott Grant. The CGE promotes dialogue, programming, service, research, education and advocacy to support gender equity at Pacific and in its neighboring communities.

Anthony Hudson was recently featured on OPB State of Wonder about the upcoming show. Listen here.