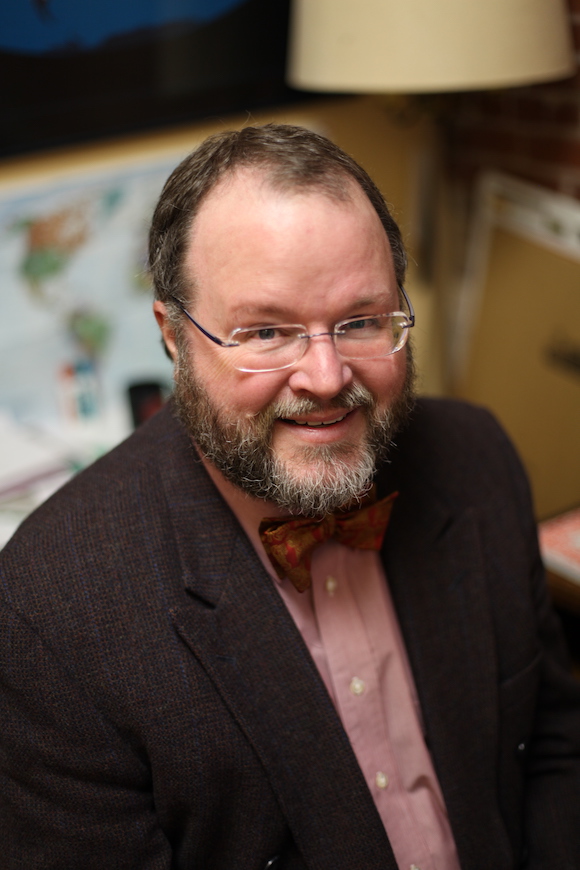 Pacific students and faculty know Moore as a professor of politics and government and the director of political outreach for the Tom McCall Center for Civic Engagement. Local media and journalists around the globe know him as an expert on the Middle East.

Moore said Trump often ignores the advice of his advisors. “He was rogue just a few months ago in terms of Iran. Remember there were attacks and there were ideas that the United States was going to send cruise missiles and things into Iran. Everybody was ready for it and then the president surprised everyone and pulled back at the last moment. So, this is kind of the reverse of that. The president went after Soleimani, got him and is now threatening to do more things in Iran. So, it fits in with what he has prided himself on in his presidency, which is he is the decider, he’s the one that makes the difference and he’s going it alone.”

Moore went on to say that President Trump’s decisions are exactly the opposite of what he thinks former President Barack Obama would do.

As for the president’s threat to bomb cultural sites, Moore said that would escalate tensions to another level in the Middle East. Moore reminded listeners of when the U.S. invaded Afghanistan and Taliban leader Mullah Mohammed Oma ordered the destruction of the giant Buddha statues of Bamiyan in 2001. “That was seen as a crime against humanity because of the cultural side of that. Trump’s targeting of cultural sights in Iran will be seen along those lines … The president would lose support internationally, but back home his supporters would be right behind him because they don’t see Islam as a legitimate religion.”

Moving forward, Moore believes that Iran is under pressure to act in a demonstrative way and the U.S. government is urging Americans to leave Iraq immediately. “Iranians today want revenge it’s part of their culture, part of their emotional attachment to Soleimani, it’s part of the tears of the supreme leader, they want a direct slap back at U.S.”

Since Moore’s Jan. 6 radio interview, Iran attacked American bases in Iraq, but no Americans were reportedly killed. The missile attack took place at approximately the same time as the drone strike that killed General Soleimani.