Pacific University’s journalism program has embraced the digital age, both in the classroom and in The Pacific Index, the student-run newspaper. 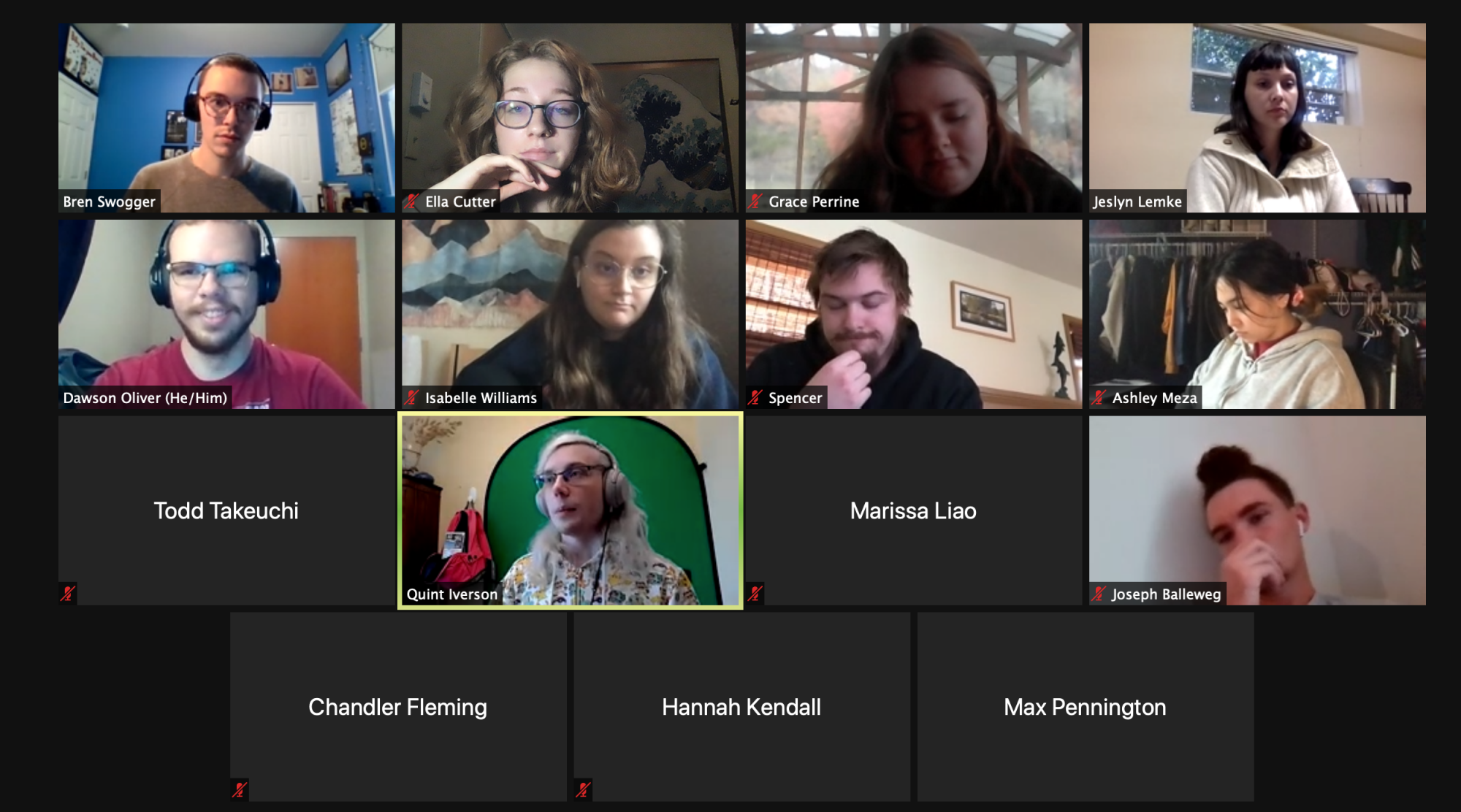 This year, the program is operating under the guidance of Jeslyn Lemke,the new visiting assistant professor of journalism. She replaces the program’s longtime professor, David Cassady, who retired in the spring of 2019.

Lemke brings experience as a tenure-track journalism professor at Rhode Island College and as a professional journalist, including as an overseas correspondent in francophone west Africa. She advises the students publishing The Index, and she teaches a First-Year Seminar, Law and Ethics, Writing for Media, and advises students on their capstone projects. She is a native of Spokane, Wash., and earned her PhD in media studies from the University of Oregon.

At The Index, Lemke’s arrival has resulted in a flowering of digital reports and social media posts, and more rigor in the reporting.

Previously at Pacific, journalism was a traditional program; the kind that tended to steer students to outlets such as newspapers and magazines. But given the sharp decline in the traditional journalism industry — U.S. newspapers have shed half their newsroom employees since 2008, according to the Pew Research Center — students today require a robust toolkit of extended storytelling skills as well as a more flexible career outlook.

Now the program is distinctly focused on digital journalism.

“We reinvented the digital journalism degree for Pacific,” said Lemke. “We’re hoping to re-steer the ship toward multimedia.”

Under Lemke, the journalism program applied for and received a TARGET grant to teach journalism skills on smartphones.

“We record the news, we film the news,” Lemke said. “We report the news with the phone now.”

The Index is not a print publication this year, thanks to the changes wrought by the novel coronavirus. But its online following has grown, and more students are helping to publish it online.

Lemke has “really grown the program,” said Hannah Kendall ’21, editor of The Index last year and a reporter this year. “There’s way more people on The Index now.”

Now that she is learning more about how to report and write stories, and how to employ social media, Kendall said, “I feel a lot more confident.”

(Photo: A virtual meeting of the The Index staff this fall. All images used by permission.)