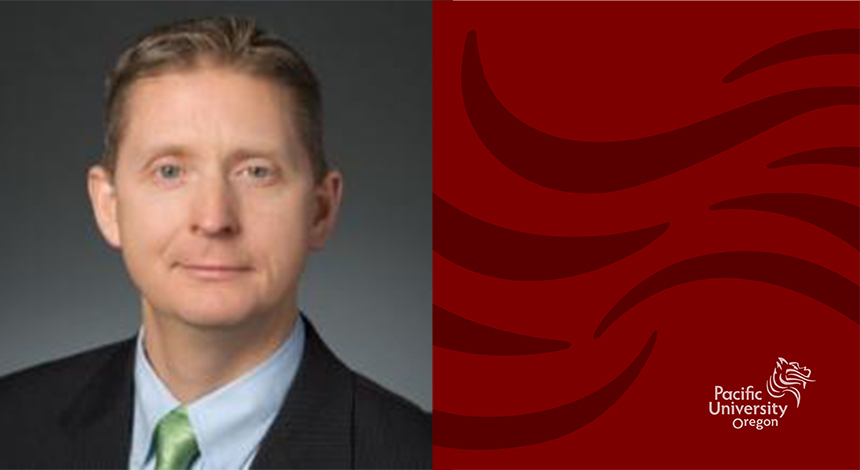 Pacific University Optometry Professor Bill Hefner OD ’96, MEd ’97 knows he’s just a single player in a massive national response to the pandemic. But he also knows that, partly because of his work, COVID-19 patients in places like Kansas City, Wichita, and elsewhere had ventilators when they were needed, and their caregivers had gowns, masks, gloves and N95 respirators.

Hefner serves in the Kansas Air National Guard. He played a key role this year as his state braced for a surge in patients afflicted with the virus.

Hefner was a trainmaster of a sort, making sure the machinery of the pandemic response was functioning smoothly. He came to that role by virtue of his position in the state's military department.

As commander of the Kansas Air National Guard’s 190th Medical Group, 190th Air Refueling Wing, Hefner oversaw a multi-pronged regional response to the pandemic. He and his Airmen and Airwomen, along with members of the Kansas Army National Guard, oversaw thousands of screenings, including more than 13,000 of inmates of the Kansas Correctional Facility in Lansing. It was a broad mission involving hundreds of National Guard members — from medics to interpreters — and equipment, including military helicopters.

“I’m very happy to say we contributed more than we consumed,” Hefner said in October, after handing off his duties to Kansas state health and emergency officials.

Hefner said he is preparing for the next phase in the fight against the novel coronavirus.

“There’s always a chance” Hefner will be activated again to manage a new phase of the response, he said. But this time, he said, it will be easier. He likened it to launching a rocket. The first time they do it, members of the support team have to build scaffolding, import equipment, manage logistics, and oversee the launch and delivery.

The next time, he said, “we’re not going to have to build the whole rocket.”