Pacific Pharmacy Professor Explains The Science Behind a COVID-19 Vaccine 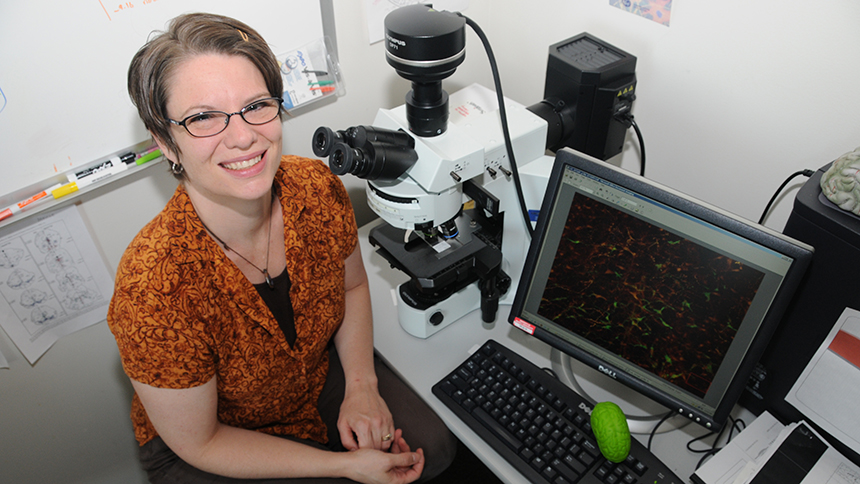 Developing vaccines for the novel coronavirus that causes COVID-19 will take a different approach than many large-scale vaccines.

Amber Buhler, a pharmacologist and professor in the Pacific University School of Pharmacy, explained to KPTV local news how it works:

Unlike traditional vaccines, which use the virus itself, the SARS-COV2 vaccine will use a protein on the outside of the virus.

“We take the gene for that S-protein and we put it into the mRNA form and then we inject the mRNA into you,” she explained in the news clip. The mRNA is absorbed into a person’s cells, and the person’s body makes the protein.

“So now, instead of making your own bodies protein, it’s making this protein from the virus, but it’s only making one, so it’s not like it’s replicating and infecting you, it’s only making that one particular protein that you told it to make,” Buhler said. “And then it’s putting that protein, in this case that spike protein, on the outside of the cell, and then the body’s immune system can see that protein there and create a response and create antibodies just as it would if it had seen that virus before.”

The vaccine couldn’t cause COVID-19 in a person, because it’s not using the virus that causes the disease.

“You’re simply getting the genetic code for one protein from the virus that doesn’t go into your DNA, it doesn’t change your cell permanently it’s only there for a very, very short time because the mRNA degrades really rapidly so it’s there long enough to make these spike proteins and then it’s gone,” Buhler said.