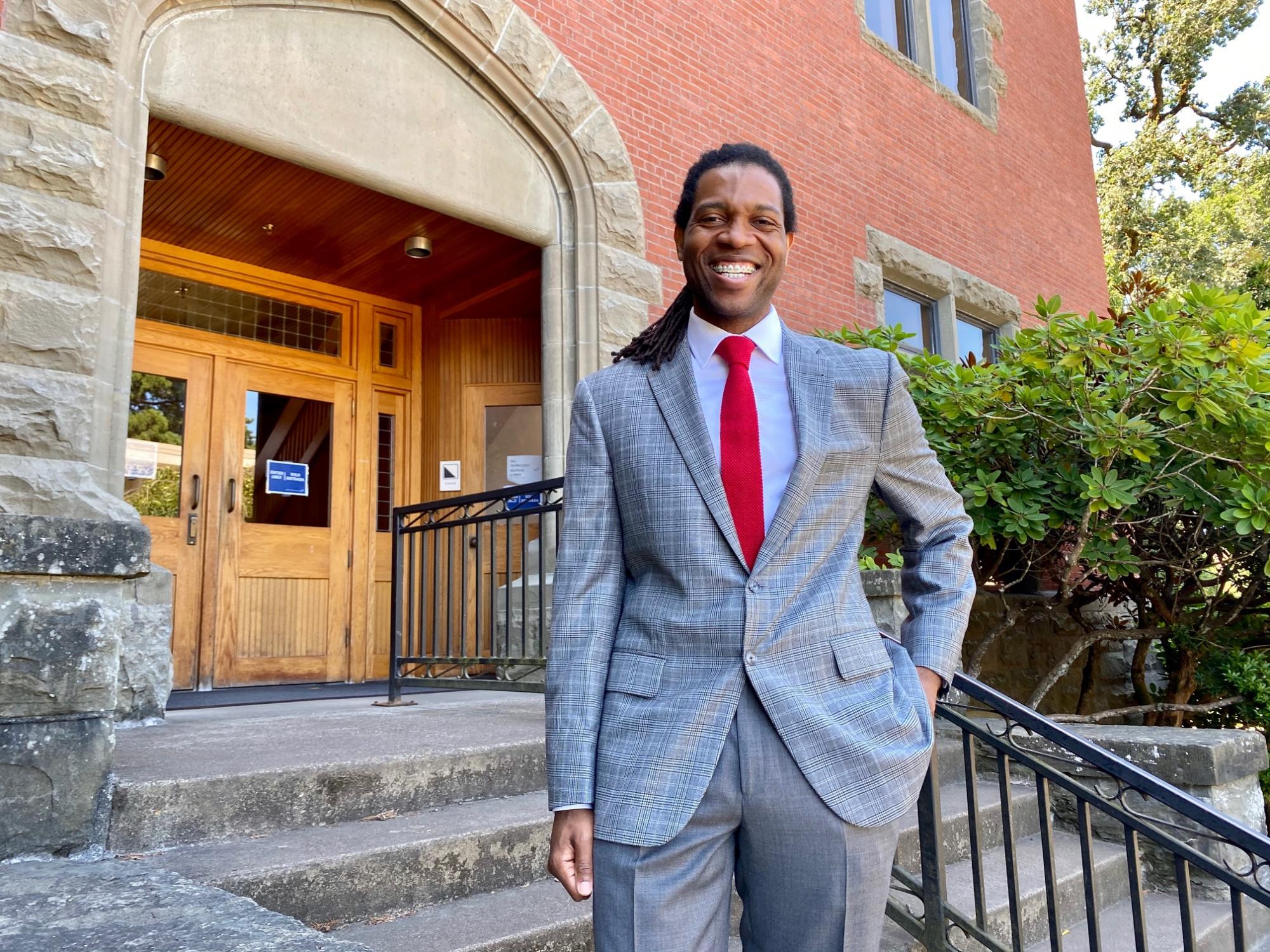 At a time when cities around America are re-evaluating the way their police agencies operate, Paul Snell, assistant professor in politics and government at Pacific University, has emerged as an important voice.

Snell has presented a proposal for a new oversight system for the Portland Police Bureau, which has drawn fire for the tactics it has used to quell protests in the city.

At a police reform town hall, Snell proposed that Portland adopt a system led by an independent, nine-person board of commissioners that would oversee police reviews, including an inspector general’s office, as well as high-level hiring. The commission would also have a voice or even manage disciplinary actions. Such police management structures already operate in Los Angeles, Oakland and Honolulu.

Snell, whose father is a former Los Angeles police captain and who used to live in the Minneapolis neighborhood where George Floyd was killed, said the problem in many cities is that officials concentrate on policing issues only sporadically, because they’re occupied with other issues. Portland and other cities would benefit from a system that keeps a steady focus on policing.

What’s required, Snell said, is “stronger, more direct community governance.” A commission model, he said, “would be a funnel or channel to keep the pressure on.”

His proposal was highlighted in coverage by The Oregonian newspaper and by Fox News.

Portland’s current police oversight system has been widely regarded as toothless, and Portland Commissioner Joanne Hardesty has said the city should “absolutely blow up the system we have and create one that’s responsive to the community.‘'

The city has fielded several proposals for reform, including ideas advanced by Hardesty and by the city’s auditor, Mary Hull Caballero.

Portland is one of many cities around the country that have seen broad protests against racial inequities in the justice system. The protests flowed from the murder of an African-American Minneapolis resident George Floyd, by police officers on May 25.

Snell’s colleague, Professor Jules Boykoff, chair of Pacific’s Politics and Government Department, has also been a go-to source for journalists reporting on the protests. He has been both a participant and commentator on the unrest in Portland.

“There’s a deep embedded irony in police using escalated force against protesters who are on the streets protesting police brutality, whether they’re protesting the death of Breonna Taylor or George Floyd or Portland’s Keaton Otis or Kendra James,” Boykoff told The Oregonian. “What we’re seeing is an incredible outburst of sublimated disgust with the system." He urged readers to remember that “Democracy is incredibly messy.‘'

Earlier, Boykoff was quoted in a story by Oregon Public Broadcasting about the problems with protesters being classified as “good protesters” and “bad protesters.” 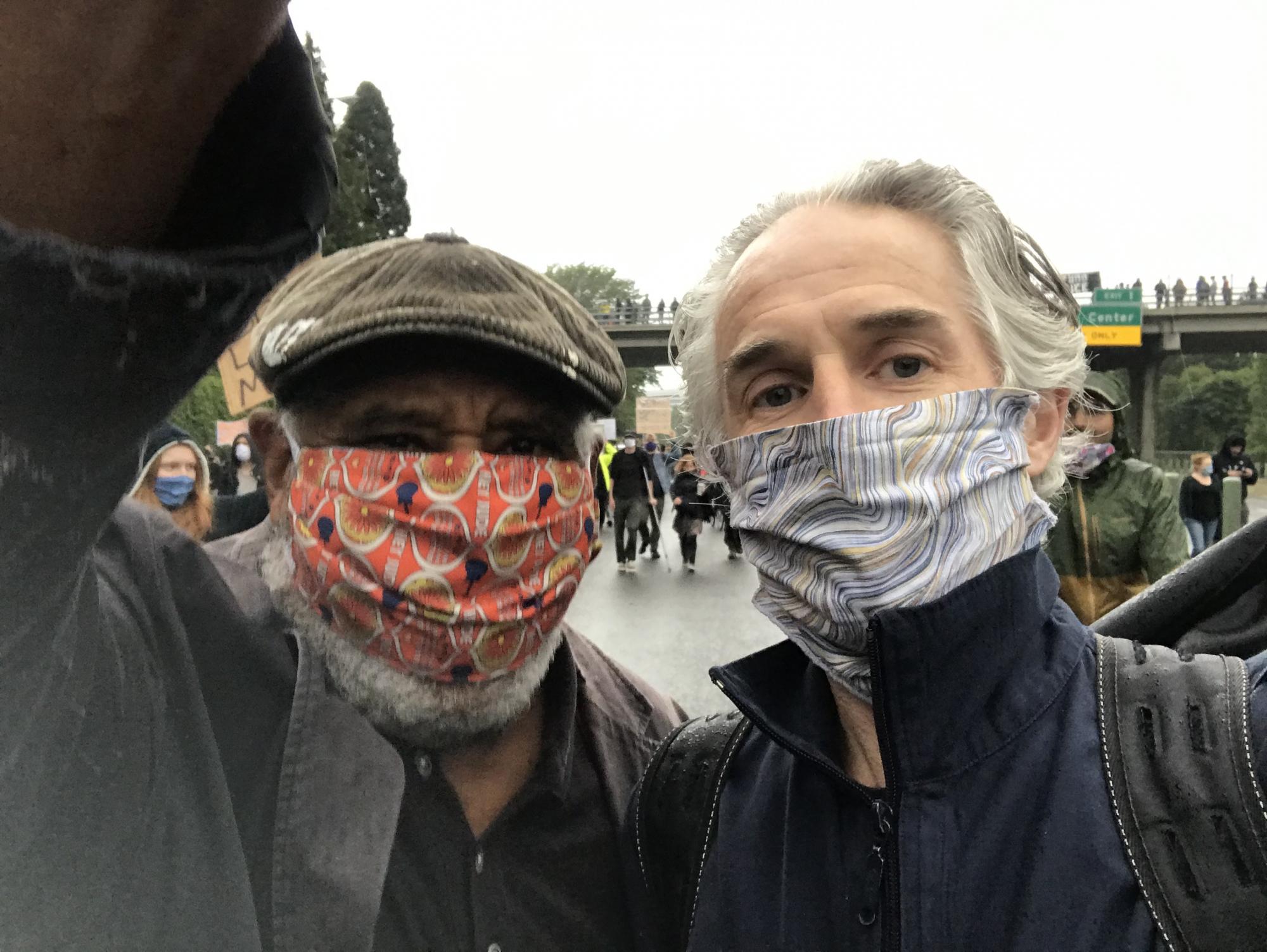 “When one agrees to use the good protester/bad protester idea as the framework for understanding protests, one is actually muddying the political waters in a way, making space for police to violently attack protesters for acts of vandalism,” Boykoff told OPB.

In the June 25 issue of The Nation, Boykoff published a question-and-answer interview with Kent Ford, founder of the Black Panther Party’s Oregon Chapter.

“Point 7 of the Black Panther Party’s 10-Point Platform read, ‘We want an immediate end to police brutality and murder of black people,’” Ford, now 77, told Boykoff. “That was written in 1966! This is 2020, and it’s relevant as ever.”