For the first time, Pacific University Theatre will feature certified American Sign Language interpreters to sign during the Sunday matinee performance of Orlando. This is an important step for accessibility to events on campus, and one that theatre faculty and staff have long wanted to make a reality. 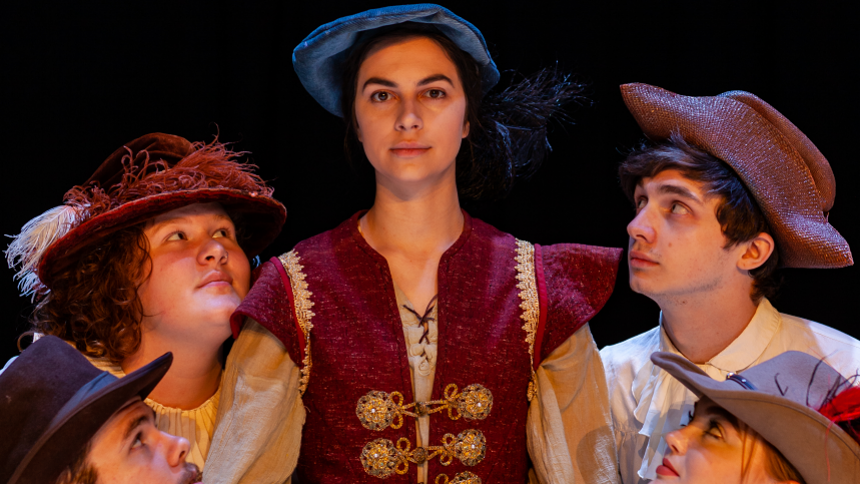 Pacific Theatre will work in collaboration with the Performing Arts Interpreting Alliance, or PAIA. Formed in 2012 by interpreter Dot Hearn, PAIA has a mission to not just work with Deaf performance artists in Portland, but also promote signed theatre in the community at large. A big part of Dot’s job is matching qualified interpreters to performance events that need them, such as Pacific University’s fall production of Orlando.

Performance interpreters must study the script as diligently as the actors on stage and match the pacing of the production. It’s not just a matter of signing verbatim but taking the show and transforming it into a language of intricate gestures and expressions. The signers are meant to compliment the other performers, not simply translate them, so both can be viewed side-by-side without losing meaning.

The ASL-interpreted performance of Pacific University’s Orlando, adapted by Sarah Ruhl and directed by Matthew B. Zrebski, will be performed on Sunday, October 20 at 2 p.m.

Tickets are still available—Admission is free for students and $5 for general admission.