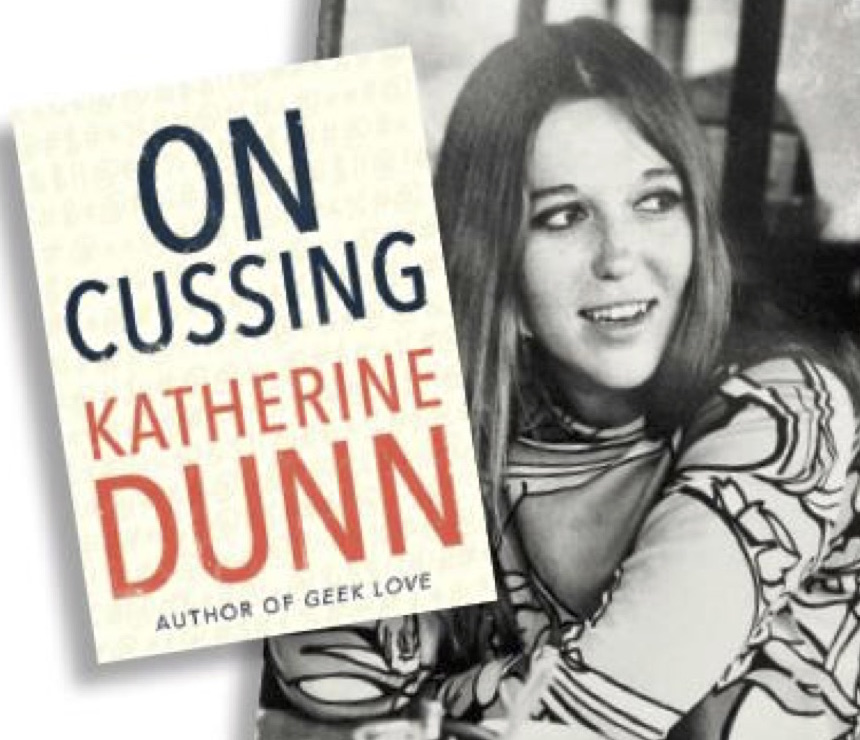 The Pacific University Master of Fine Arts in Writing program and publisher Tin House will celebrate the life of one of Portland's most beloved writers, the late Katherine Dunn, in conjunction with the Association of Writers and Writing Programs Conference in Portland later this week.

Dunn, author of the immensely popular novel Geek Love (1989), served on Pacific's MFA in Writing faculty from 2013 until her untimely death in May 2016.

To celebrate the posthumous release of her latest work, On Cussing, a special gathering will take place at 6 p.m. Friday, March 29 at Urban Studio in northwest Portland (935 NW Davis Street). Admission is $10 and includes hors d’oeuvres and a beverage. The celebration will feature guest appearances by local author and MFA faculty member Debra Gwartney and Tin House editor Tony Perez.

Published by Tin House and scheduled for release on March 26, copies of On Cussing can be purchased at the celebration, with half of the proceeds benefiting Pacific's newly established Katherine Dunn Scholarship Fund. In On Cussing, Dunn sketches a brief history of swear words and creates something of a field guide to their types and usages. She also explores their physiology ― the physical impact on the reader or listener ― and makes an argument for how and when to cuss with maximum effect. Equal parts informative and hilarious, On Cussing is drawn from a lecture Dunn gave to the Pacific MFA in Writing program.

An author, poet and journalist, Dunn faced challenges as a single mother in Portland during the 1970s, working as both a waitress and a bartender to support her son. Despite her struggles, she never stopped writing stories, poems and articles.

It wasn’t until 1989, more than 10 years Dunn began writing the Geek Love, that the iconic novel was finally released. It delighted some, repelled others, and shocked all for a narrative that was “at once engrossing and repellent, funny and terrifying, unreal and true to human nature," according to Publishers Weekly.

In her honor, the Katherine Dunn Scholarship Fund at Pacific University was established last fall to help support exceptional female writers with a demonstrated financial need who are entering the university's two-year low-residency MFA in Writing program.

“Katherine gained an enormous number of fans around the world after Geek Love was published,” MFA in Writing Director Shelley Washburn said. “Not only was she a unique writer, but she was also a generous and brilliant teacher in our program. We are proud to name this scholarship fund in her honor to affirm our commitment to support women writers.”

Pacific’s MFA in Writing program celebrates writing as an art that has the potential to make a difference in the world. Through a rigorous course of study that emphasizes the creative process, students work closely with faculty members who represent some of America’s finest contemporary writers.

The Katherine Dunn Scholarship fund is a tribute to her work and humanity and is one of several ways to support Pacific's MFA in Writing program.