From Pacific to Wuhan to Lockdown, Aaron Holden '03 Looks Forward to Quarantine's End 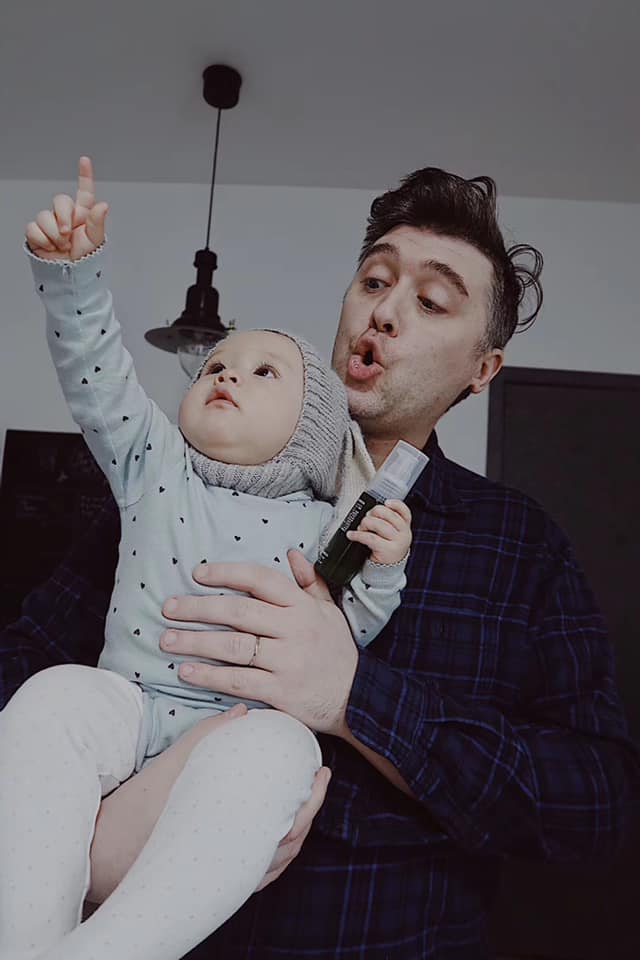 From the place where it all started, Aaron Holden ’03 sees the promise of sunrise.

“Such a huge relief to see an end to this here. Relief doesn’t even begin to describe it. From what I’ve heard the quarantine will be lifted on April 8th,” he wrote from Wuhan, China, where’s he’s been sheltering in his apartment with his wife and baby. Wuhan has been locked down by Chinese authorities since Jan. 23.

The COVID-19 outbreak, caused by the spread of the novel coronavirus, was first identified in Wuhan. That’s where the first case was reported to the World Health Organization on Dec. 31, 2019. Within two weeks, it had spread to Thailand, and eventually around the world. The United States has reported the most cases, and American residents have followed those elsewhere in self-isolating to avoid infecting or being infected by others.

But after a spike in cases and stringent self-isolation measures, Wuhan has seen almost a total dropoff in the number of new cases. That’s why authorities have told residents that the quarantine would soon be lifted.

Holden, who has posted updates about the quarantine on his Facebook page, went to China soon after graduating from Pacific 17 years ago.

“I started planning on going to China my last year of college,” he wrote. “I’d traveled a bit, and studied abroad, and knew that I wanted to go live and work abroad. I wanted to go somewhere that would challenge me, and somehow China just caught my attention. When an opportunity came up I knew that was the way to go.”

Holden is an English language teacher for a Wuhan school called Giraffe English. He is married and is father to a 1-year-old baby named Pearl.

“Except for taking the trash down, and sometimes going out to the residential area gate to pick up a food delivery, we don’t go outside,” he wrote.

Naturally, he looks forward to the end of the quarantine, which has been enforced by security guards stationed outside the entrances to residential buildings.

“Even after it’s totally lifted, we won’t be going to the mall or riding the metro, or going to any crowded places for a long time,” he wrote, referring to his family. “We will stay close to home here and play it safe. But just to be able to go for a walk, take the baby out from some fresh spring air, sounds like heaven.”

Holden said the fear of COVID-19 has given him a perspective he wouldn’t have otherwise.

“I don’t think I’ve ever been so scared in my life. When you’re sitting at home and the rumors fly ... whew ... it’s hard to sleep,” he wrote. “The scares, the fear of not knowing how bad it’s going to get.