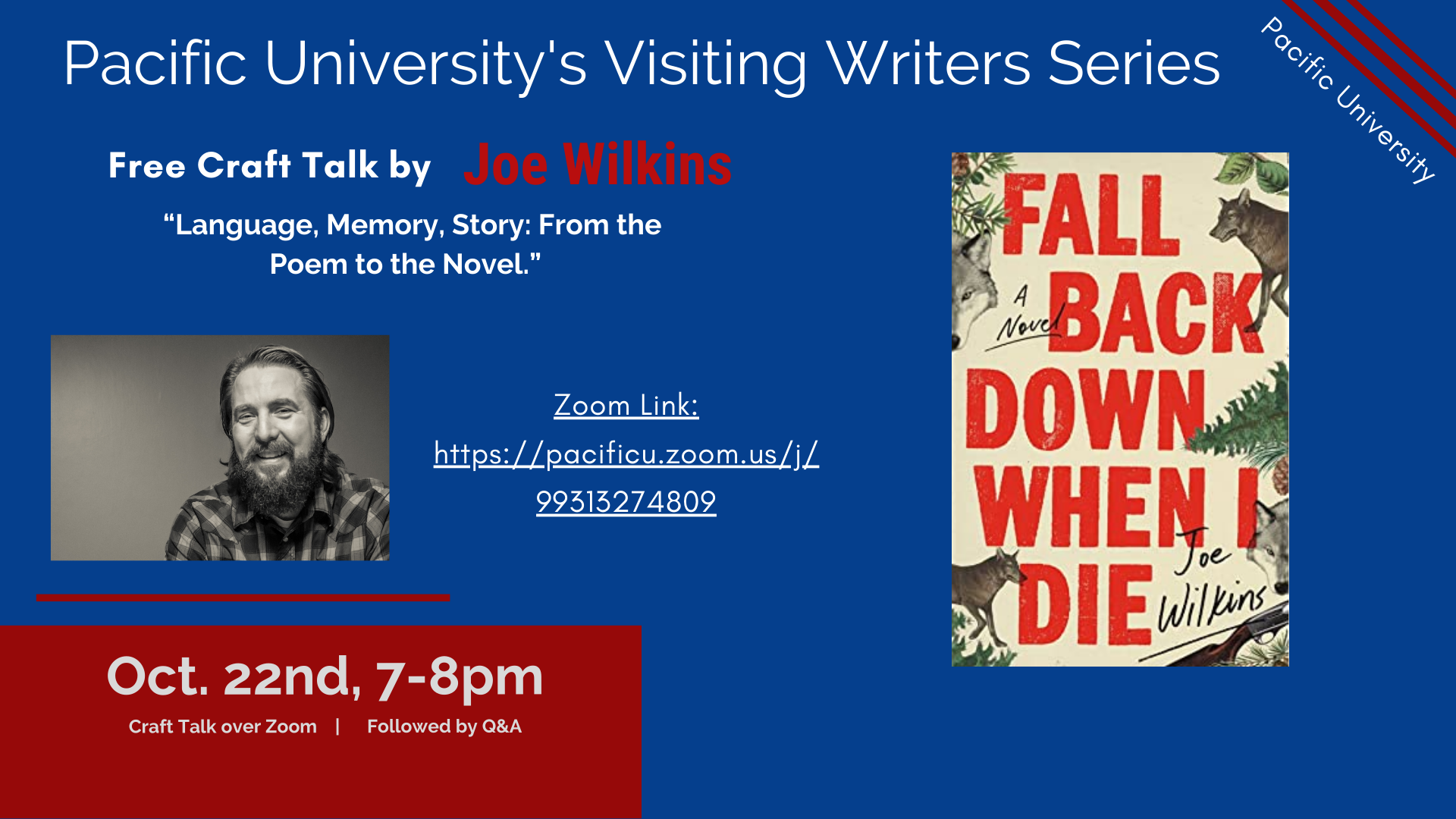 With his new novel, Fall Back Down When I Die, fresh off the press and already translated into French, Italian, and Spanish, Joe Wilkins is here to share insight on "Language, Memory, Story: From the Poem to the Novel.” This Pacific University Visiting Writers Series is a must see event for nature writers. Wilkins is known for captivating readers with powerful images of life in the great West, predominantly Montana and Oregon. His memoir, The Mountain and the Fathers, navigates gender expectations for young men in rural communities and tactfully shows the power of story.

In a timely quote from an interview with The Swamp Magazine, Wilkins encourages, "The trouble with writing politically is often because we step outside of narrative and we step into an expository mode—which can be powerful, but I think narrative is ultimately more powerful. It allows us to speak with more authority as literary writers about political things."

Joe Wilkins is the author of a novel, Fall Back Down When I Die. His memoir, The Mountain and the Fathers, won a GLCA Emerging Writers Award. Wilkins is also the author of four poetry collections, most recently Thieves and When We Were Birds, winner of the 2017 Oregon Book Award in Poetry, and his work has appeared in a host of the nation’s leading magazines and literary journals, including The Georgia Review, The Southern Review, Harvard Review, Orion, Copper Nickel, TriQuarterly, Ecotone, The Sun, and High Country News. As the winner of the Boyden Wilderness Writing Residency from PEN Northwest, he and his family spent the summer and fall of 2015 living in a remote cabin in the Klamath Mountains along the Rogue River in southwest Oregon. He directs the Creative Writing program at Linfield College.