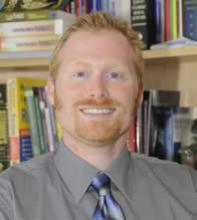 Pacific University School of Pharmacy associate professor Dr. Mark Della Paolera will be cooking up something unique at Husky Stadium in Seattle on Saturday prior to the University of Washington's football game against the University of Oregon.

Dr. Della Paolera, a registered pharmacist and cooking enthusiast, has been selected as one of six finalists to compete in the Northwest Region Cook-Off, part of Chevron/Texaco's second annual Game Day Chef Challenge.

His dish Kalbi Kickoff Ribs (Korean barbecue), was among the six out of 30 entries from throughout the northwest selected by a panel of judges based on criteria such as originality, creativity and appearance. Additionally, all entries are required to be made with at least one food ingredient purchased at a Chevron or Texaco location.

The regional finalists received a prize pack worth $1,295 that includes travel, lodging and game tickets, gift cards and more.

On Saturday, Della Paolera and his competitors will have one hour to prepare and cook their dish and submit it to the panel of judges, who will determine the winner based on originality and creativity, appearance and, of course, taste.

The Northwest Region Cook-Off winner will receive $4,000 prize pack and join the winners from five other regional competitions on Jan. 1, 2016 to compete in the Grand Finale Cook-Off at the Rose Bowl Game in Pasadena, Calif. The finale winner will garner a prize that includes $25,000 in Chevron gift cards.

In addition to competing in the Grand Finale Cook-Off, all regional winners will each receive a "golden ticket" to compete in the 2016 World Food Championships.