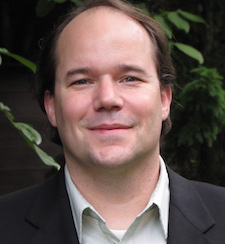 The Medical Research Foundation at Oregon Health & Science University has awarded Pacific University pharmacy associate professor John Harrelson a grant of $40,000 to research the effectiveness of novel agents in the treatment of tobacco addiction.

Harrelson's proposal, "Novel agents for treating tobacco addiction: Analogs of trans-cinnamic aldehyde," will research the potential of a dietary agent, cinnamic aldehyde, to serve as a prototype for a new treatment of nicotine addiction.

Cinnamic aldehyde is a natural product that provides the characteristic aroma to cinnamon oil and cinnamon powder.  Harrelson’s research indicates that cinnamic aldehyde is also an inhibitor of the enzyme that metabolizes nicotine. "This is an important discovery because pharmacogenetic studies from other labs have shown that differences in nicotine metabolism influence smoking behavior," Harrelson said. "Individuals who metabolize nicotine slowly are more successful at quitting and smoke fewer cigarettes than rapid nicotine metabolizers."

Harrelson noted that slow metabolizers would also be expected to have lower exposure to carcinogens due to reduced cigarette use. However, up to this point, a compound that would turn a fast metabolizer into slow metabolizer has not been readily accessible to smokers.

"The current research is focused on investigating how cinnamic aldehyde inhibits the nicotine metabolizing enzyme and using this information to design more potent and selective inhibitors," Harrelson said. "Long term, there is also interest in evaluating how encapsulated cinnamon powder and cinnamon oil impact nicotine metabolism and smoking behavior in smokers."

Some smokers who are unwilling or unable to use current cessation options, for various reasons, may be willing to use a familiar natural compound present in the diet that is readily accessible and also has a good safety profile upon oral administration.

Even though the dangers of smoking are well known, tobacco addiction continues to be a major health problem. Smoking is predicted to contribute to more than 8 million deaths worldwide per year by 2030. Compared to the variety of drugs available for many other diseases, including chronic pain, depression, diabetes and high blood pressure, treatment options for nicotine addiction are severely limited.

According to a Mayo Clinic researchers, the sheer number of smokers in the United States (estimated at 42.1 million smokers), coupled with the diversity of the patient population and the complexity of nicotine addiction, requires a variety of approaches to improve smoking cessation rates.

Harrelson's grant will fund one year of research that will be conducted in labs at the university's School of Pharmacy in Hillsboro and the Chemistry Department in Forest Grove, in collaboration with Dr. Jeannine Chan.