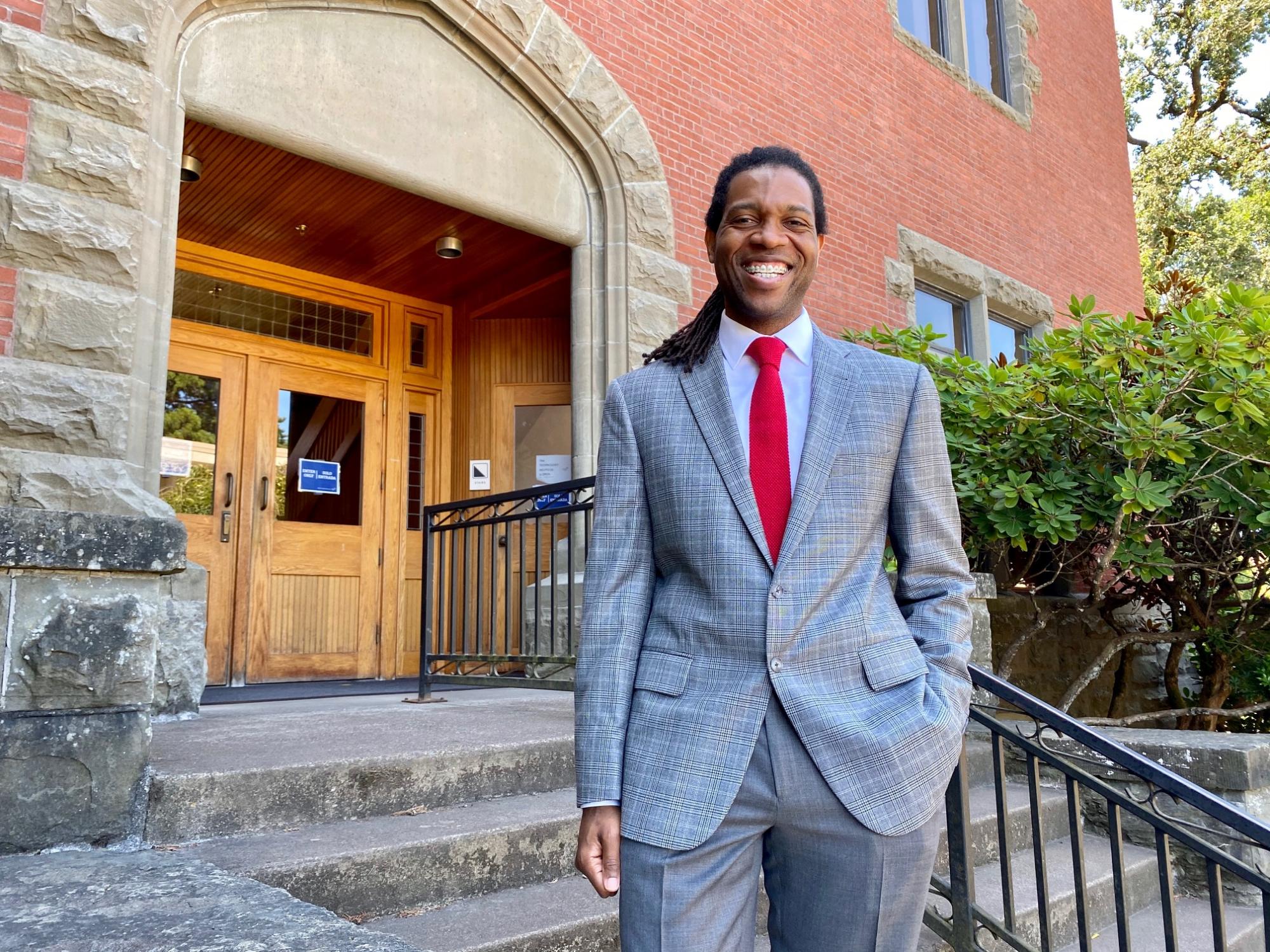 Late last spring, Politics and Government Professor Paul Snell expected to return to Minneapolis, where he had attended graduate school. But because of COVID-19, he canceled his plans. Had he made the trip to his old neighborhood that Memorial Day weekend, he would have found it on fire.

After the Memorial Day killing of George Floyd, a Black man who died with a police officer’s knee on his neck, Minneapolis erupted in rage. People marched, police officers were fired, and shops burned. Snell had purchased parts at the ravaged AutoZone store that was shown repeatedly in videos from the scene.

It all felt personal to Snell, who pondered how best to respond. He introduced a proposal to revamp the way the Portland Police Bureau is governed. That proposal, which would lead to the creation of a civilian police commission separate from the office of the mayor, is expected to be considered this year by the city’s Charter Review Commission.

“I don’t go to protests,” Snell said in an interview. “This was my way of not having George die in vain.”

Whether or not the commission proposal gains traction in Portland, Snell said, “I had to try.”

The Prism of Politics and Governance

His curiosity and interests as a Black, gay man could have led him in many directions, but Snell’s published work has focused on the intersection of government and sexuality. His paper "Equality in the House: The Congressional LGBT Equality Caucus and the Substantive Representation of the LGBTQ Community,” was published in 2017 in LGBTQ Politics: A Critical Reader. Last year, Oxford University Press published his paper “Theoretical perspectives on LGBT representation and party politics” in the Oxford Research Encyclopedia of Politics.

“I’m not a race specialist. I think plenty of people have good work on race. I’m not sure what I have to add,” Snell said. “But I’m the only one writing about Congress and LGBTQ issues in 20 years. I just found more of an opening there.”

Being lesbian or gay in America is much easier than it was in 1985, he said. And it’s much easier today to be gay or lesbian than it is to be transgender. For example, trans people don’t enjoy the same workplace protections as gay people, or heterosexual people, for that matter.

“It’s my hunch that we have not been as consistently supportive of the ‘T’ as we need to be,” Snell said.

Snell said he appreciates the freedom he’s afforded as a political science professor at Pacific University. He’s not required to be an extreme specialist, as he would be at Stanford or Harvard, but like his colleagues in the Politics & Government Department, he is given the latitude to roam where his interests take him.

At the moment, he said, he is delving into the philosophy of political science, going all the way to the foundational issues of the discipline. Political science in America over the last century, he said, has tended to focus on either the game of politics, or how governance works.

“Some discipline has to do that. That has to be us.”