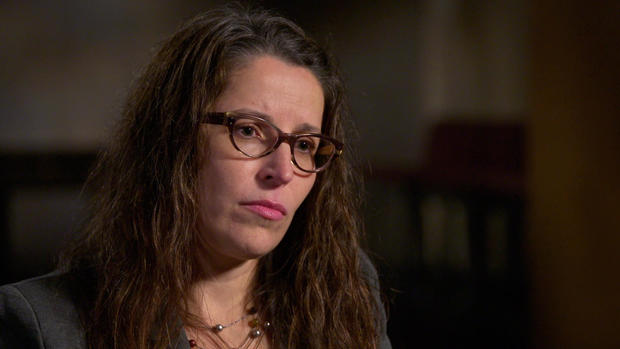 Edwards-Leeper was interviewed by the popular news program because she is a leading authority on gender dysphoria and has helped hundreds of her young clients transition from the gender they were assigned at birth. In her portion of the interview, Edwards-Leeper responded to cases of young people who began to transition from their birth gender, but then became uncomfortable with the process and sought to “detransition.” 60 Minutes asked Edwards-Leeper if some transitions were too hastily approved.

“It greatly concerns me where the field has been going. I feel like what is happening is unethical and irresponsible in some places,” Edwards-Leeper told CBS’s Lesley Stahl in the segment, which aired on May 23, 2021.

Asked by Stahl if she discusses with colleagues this perceived hastiness in clinical transitioning, Edwards-Leeper said yes.

“Everyone is very scared to speak up because we're afraid of not being seen as being affirming or being supportive of these young people or doing something to hurt the trans community,” she told Stahl. “But even some of the providers are trans themselves and share these concerns.”

The conversation proved controversial among some LGBTQ advocates, but Edwards-Leeper says she stands “wholeheartedly” behind her comments in the 60 Minutes segment.

“I have received numerous emails every day from professionals around the world, parents, LGBT activists, and trans people, thanking me for having the courage to speak up," Edwards-Leeper said.

Edwards-Leeper is a go-to source for journalists who write about transgender issues. She has been interviewed or cited by The Economist, The New York Times, The Washington Post, Vice News, The Atlantic, the BBC and other outlets.

At Pacific, she is an associate professor in the School of Graduate Psychology, and co-director of the Child Psychology Emphasis in the PsyD program.