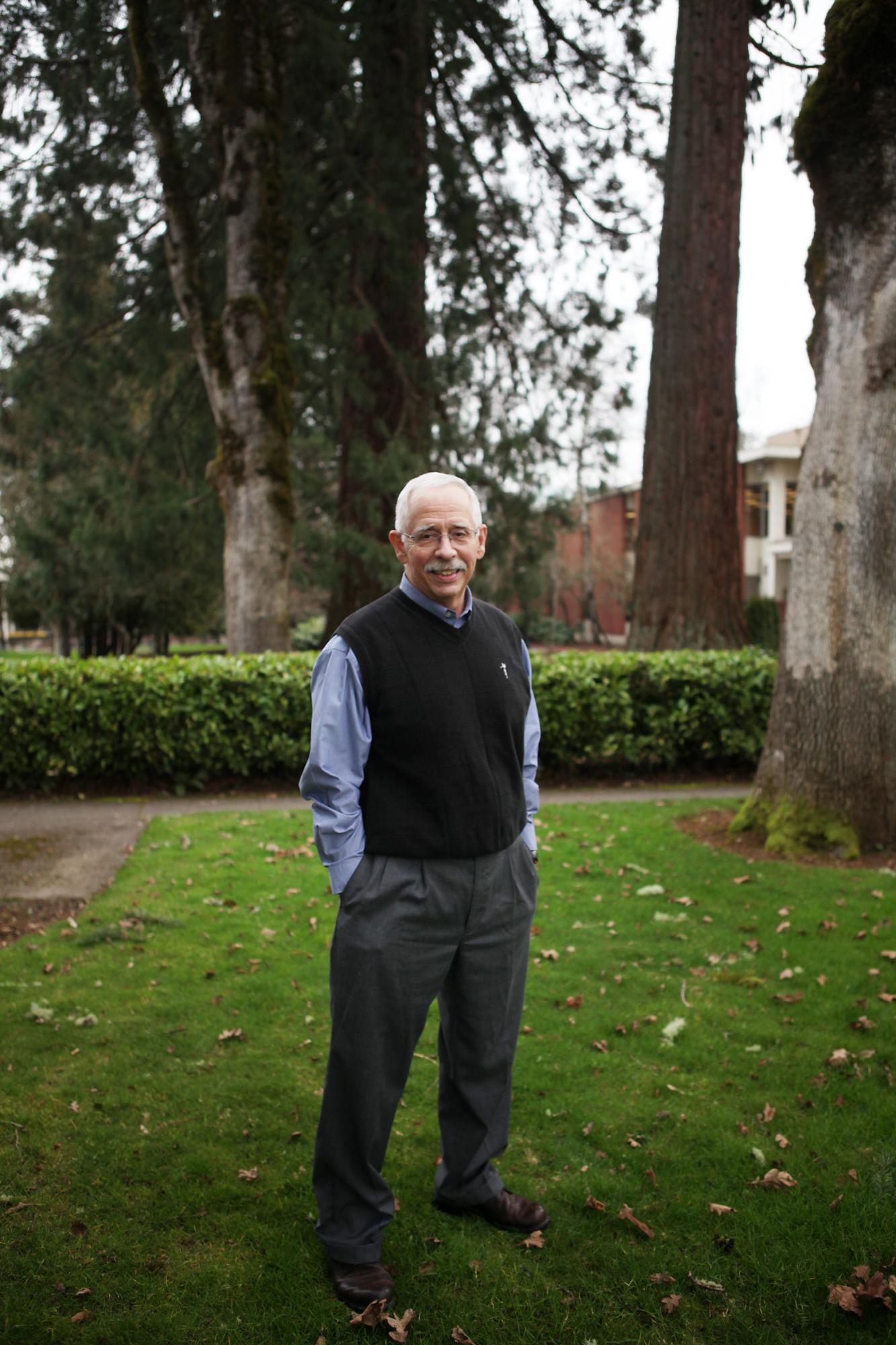 Take the news, for example, that Notre Dame’s Knute Rockne Memorial Society plans to award Steele its Heritage Award, recognizing him as the “author of numerous books on Coach Rockne and ND football history.”

Steele, who has written such books as Knute Rockne: A Portrait of a Notre Dame Legend, The Fighting Irish Football Encyclopedia and Simply Devine, will fly to South Bend, Ind., for the Oct. 11 ceremony, which also honors former football great Justice Alan Page. Steele said the news of the award “came out of the blue” and is “a real honor.”

But Steele, 74, has other irons in the fire. He’s known as a scholar of the Holocaust, and has written such works as Christianity, The Other and the Holocaust and Christianity, Tragedy and Holocaust Literature. But his next book, which he expects to appear early next year, is about Confederate general Robert E. Lee. It will be called Reflections of Robert E. Lee in American Culture: A Meditation.

Steele, a son of Virginia himself, has thought deeply about Lee’s legacy and how it’s been appropriated in the century-and-a-half since he lived. He thinks Lee would be appalled by the way his name and memory have been exploited by white supremacists.

After the Civil War, Lee was committed to reconciliation, not grievance, Steele insisted, describing a powerful scene in a church when Lee rose from his seat to join an African-American man kneeling at the altar. Steele developed a hitch in his throat in the retelling.

Emeritus or not, Steele will teach from the book next year to Pacific First Year Seminar students, extending his reach and influence yet another year. He came to Pacific in 1975. 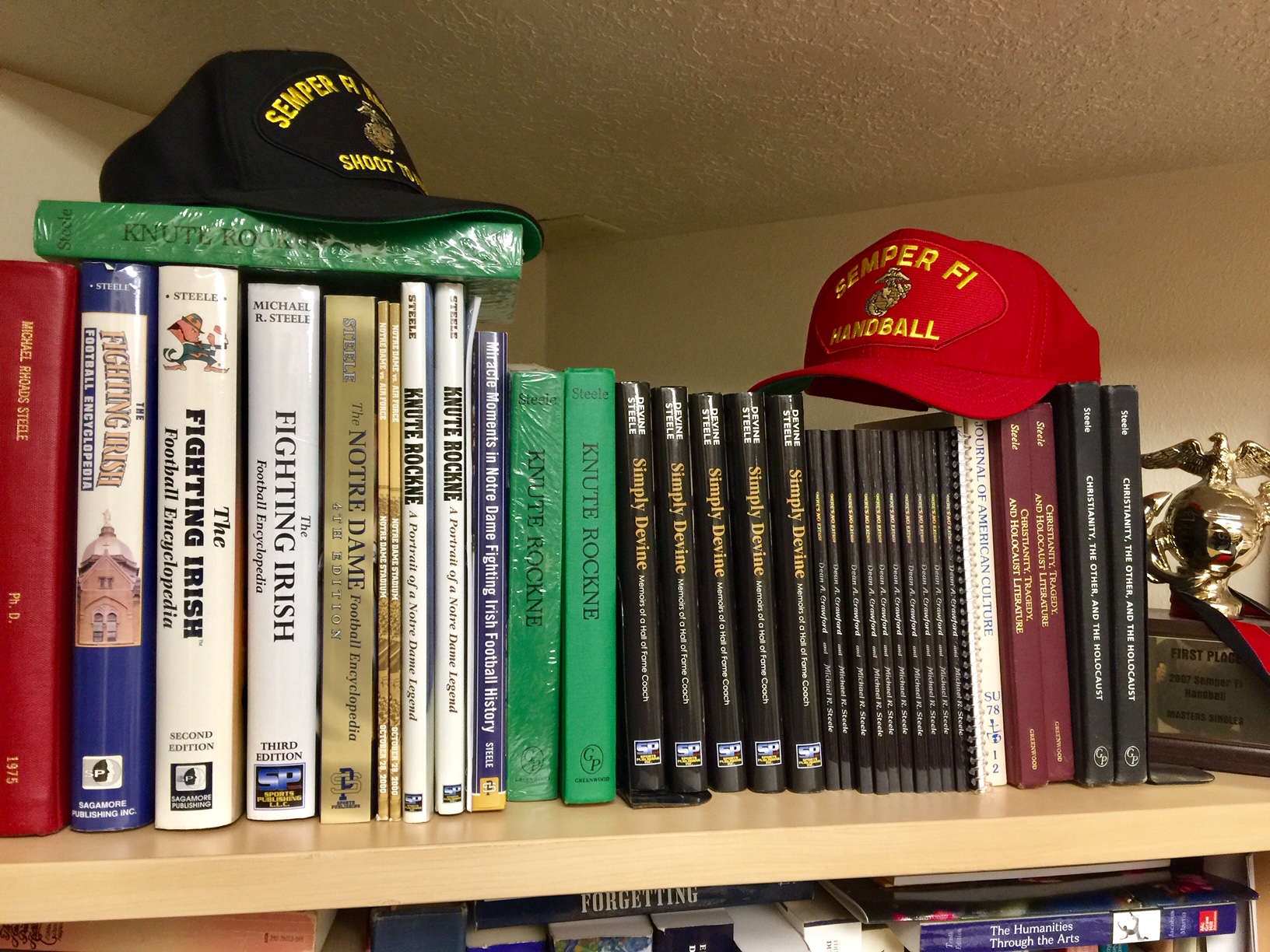 But wait, there’s more! Steele is also an inductee-in-waiting of the U.S. Handball Hall of Fame, which is recognizing him for making Pacific University’s club team a national powerhouse and for his past presidency of the national handball association. He's also won in masters doubles at a national tournament sponsored by the U.S. Marine Corps. That explains the Semper Fi Handball cap on his bookshelf.

He expects the ceremony will take place in Portland in April 2021, which is when the Multnomah Athletic Club hopes to host a national handball tournament. Steele, of course, was involved in the bid application and continues to act as assistant coach to David Steinberg, his successor as the university’s handball coach.

In other words, it’s just another routine month for the Distinguished Professor Emeritus: honors from his alma mater, Notre Dame; from the Handball Association; and positive news from his publisher. He still enjoys teaching, remains popular with colleagues and students, and appears happy in his basement cubbyhole in the Bates House on the Forest Grove Campus.

He thinks he’d like to teach for two more years, which is welcome news for the Pacific University community. When he finally does retire for good, his legacy still will live on in the form of the Michael R. Steele Endowment, which supports Pacific University athletics, the handball team, an English literature scholarship and the university Libraries Holocaust Collection.